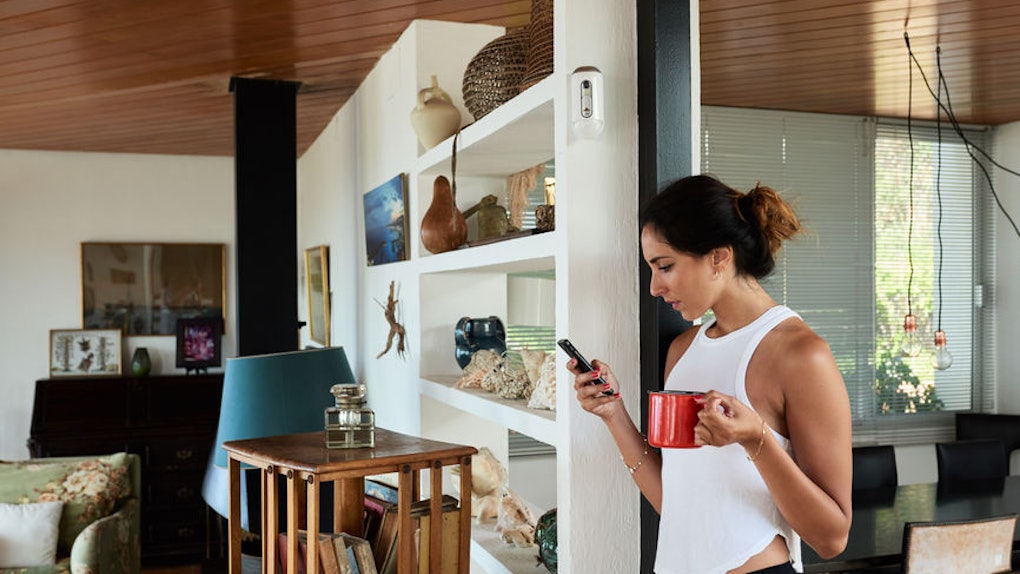 4 Mantras To Recite When Your Ex Unfollows You On Instagram, Because It Stings

In today's social media-ruled world, following and unfollowing someone on Instagram, or any other social media platform, can be a big deal for some people. And while exes unfollowing each other after a breakup is pretty common — especially if things didn't end well — it can still hurt when you're on the receiving end of that pesky unfollow button. Once you notice that your ex has purged you from their Instagram feed, it can be really frustrating and maybe a little disheartening. If you start to feel this way, these four mantras to recite when your ex unfollows you on Instagram can be really helpful in propelling you toward a life without them.

Though you may feel angry at your ex after finding out they unfollowed you (which is totally fair, your feelings are valid), the truth is, they may not have been able to emotionally cope with seeing your posts. "A broken heart combined with constant reminders of your ex can be like self-torture," Trina Leckie, breakup coach and host of the breakup BOOST podcast, previously told Elite Daily. "In order to be able to move on and heal, it is best to go with the 'out of sight, out of mind' approach," she said. So, while you have every right to be annoyed that your ex unfollowed you, try to look at the positive side instead, with these four mantras.

After a breakup, it can be easy to fall into a routine of constantly checking out your ex's social media activity. Whether you're trying to find out if they're dating someone new or merely just trying to see how they're doing in general, having them on social media may delay your healing process.

Consistently keeping tabs on them can make moving on that much harder. If your ex unfollows you, it gives you the green light to do the same, and, in a way, push yourself to go on with your life without them. So, them taking that step really may be the best for both of you.

If you and your ex split on not-so-good terms, and they unfollow you on Instagram out of pettiness, don't let them get under your skin — as hard as that may be. Your ex may have unfollowed you, but hey, that's life. Some people are in it for the long haul and others aren't. Thank u, next.

3. This is a step in the right direction.

Piggybacking off of the first mantra, your ex unfollowing you may be the one thing you needed to finally get closure and start living your life again. If they unfollow you, and you choose to do the same, it can free up the space in your mind that was preoccupied with wanting to know what they're doing and who they're with — making it a step in the right direction, indeed.

4. There are billions of people on Earth, and I am worthy of love.

When you and your ex were together, a part of you probably thought (or at least hoped) that they were ~the one~ for you, and that makes sense. After the breakup, it may have been hard for you to accept that the relationship wasn't meant to be, especially if you really wanted it to be. If your ex unfollows you, it can make your breakup feel really real, maybe resulting in some sadness upon realizing they weren't it for you. But the happy truth is, there are plenty of fish in the sea. Literally, billions of people who would love to date you, and would be so lucky to! Don't ever let yourself forget that.

So, if your ex unfollowed you and you're a little salty about it, try to look on the bright side. Them unfollowing you gives you the green light to do the same and move on with your life.