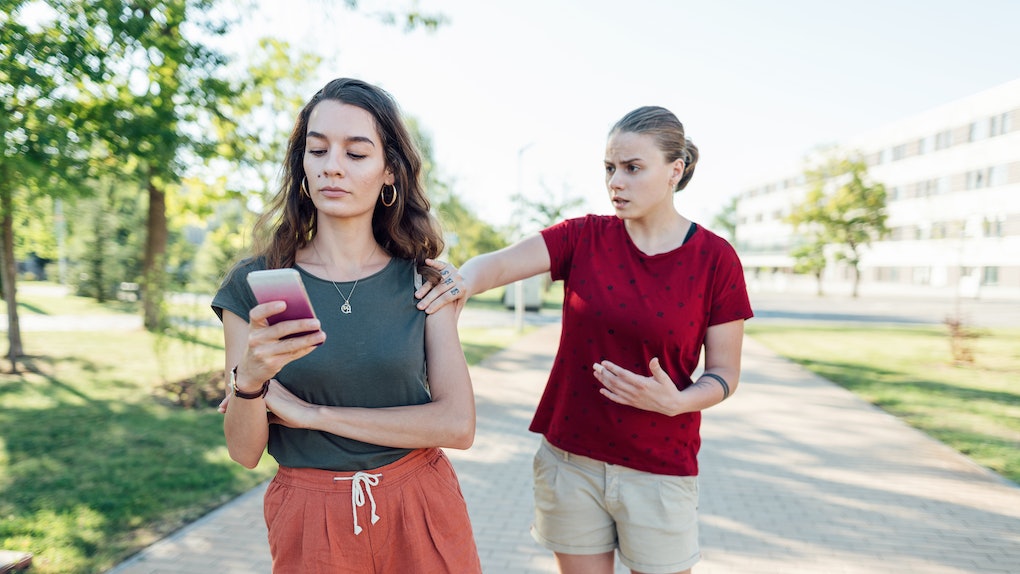 3 Zodiac Signs Most Likely To Initiate The Breakup, So Watch Out

For most people, initiating a breakup falls somewhere on the pain spectrum between "really nasty dentist appointment" and "single-handedly fighting off the Loch Ness monster... naked... in front of everyone you've ever met." Nobody likes to be the bearer of bad news. But some zodiac signs tend to initiate breakups more often than others — either because they're less afraid of conflict, they aren't the gooey, sentimental type, or they're harboring some slightly selfish tendencies. If you date one of these signs, beware; they likely won't hesitate to say, "Thank you, next."

To be fair, these strong-willed signs probably don't mean to be ruthless. They probably don't even mean to be, well, mean. No one should ever have to apologize for having the clarity to understand what they're seeking in their love life. And if a relationship truly isn't working, it's not fair to either person to drag it out any longer. Just as there are zodiac signs who will let you down in relationships, there are signs who have no problem letting a relationship end. While it's not impossible for these three signs to feel heartache, they're definitely the signs you can expect to bid their partner adieu.

Rams rarely have reason to question how they feel, and when a relationship is no longer working for them, they're pretty unsentimental about ending it. This fire sign hates getting caught up in long, drawn-out discussions, so they tend to make decisions swiftly and impulsively rather than talk things through. Aries also have a tendency to be honest to a fault. They don't see the point of faking or salvaging a connection that's no longer working, so they're often the first to jump ship. When you're as confident as an Aries is, you can always trust your instincts.

Leos are generous and loyal leaders, but they tend to protect one person above all others: themselves. Although this fire sign is possessive of the people they care about, lions know better than to get too close to anyone. Their greatest fear is being humiliated, so you better believe they'll avoid being broken up with at all costs — even if that means initiating the split. Leos are stubborn, and once they set their mind to something, there's no turning back. Plus, this sign loves attention, and their newly single status will definitely earn them plenty of support from friends and validation from future lovers.

Capricorns aren't relationship people in general, so on the rare occasion they do find themselves dating someone, they don't tend to get too emotionally attached. Why bother prioritizing romance over reason? This earth sign is always thinking about the future rather than living in a moment, and they'll want to make sure anyone they date fits into their five-year plan. For them, dating isn't a matter of the heart — it's a matter of strategy. If they don't see a relationship lasting long-term, they'll nip it in the bud rather than dragging it out.

While I'm sure plenty of Aries, Leos, and Capricorns have been dumped before, I have a feeling these three signs are more often heartbreakers than heartbroken. Breaking up is hard to do, but someone's gotta do it!