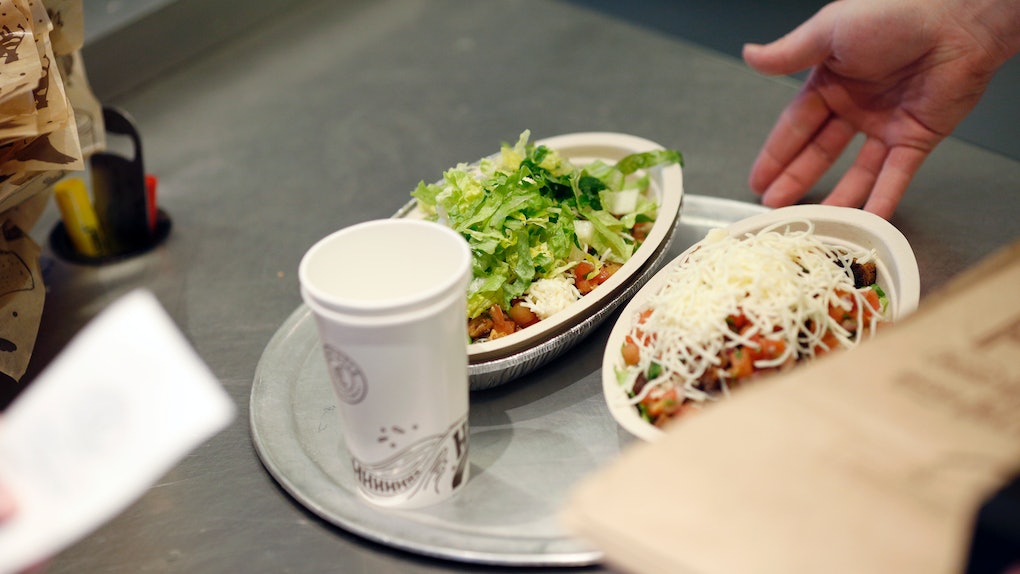 Whatever your big NYE plans are on Tuesday, Dec. 31, you'll probably need to plan a stop for a meal or two. You may want to load up on some bites before the festivities begin or you might be feeling the hunger right after the ball drops. Some restaurants that can help you avoid ending 2019 on a hangry note include fave fast food stops like McDonald's, Subway, and Burger King. Other casual eateries include Applebee's, Chili's, and IHOP. The list gives plenty of variety to choose from, all while saving on money you can put toward celebrating in other ways.

Some locations may even be open on New Year's Day, so if you want to grab a bite on the first day of the year, too, you totally can. Whether you want the Impossible Whopper or a Popeyes Chicken Sandwich, there are plenty of ways to end 2019 on a tasty note.

Subway says there are no uniform holiday house since restaurants are independently owned and operated, so you'll need to give your local Subway a call to verify it's open before venturing out for a footlong. There's a good chance you can end the year with your fave sandwich, though.

If an Impossible Whopper is calling your name, you may be able to satisfy your craving. BK says its store hours will vary by location, so to be safe, you should call your local Burger King to make sure it will be open before you drive up.

If you want to ring in the New Year with your fave pancakes, get ready to go to IHOP. IHOP says New Year's Eve hours at IHOP should be the same as normal, although there will be some locations that may vary. It's best to call your local IHOP to confirm.

Taco Bell says some locations will be open on Dec. 31, but since these stores are franchised, hours will vary depending on location. You should contact your local Taco Bell to confirm opening and closing hours before you bank on an NYE Crunchwrap Supreme.

Chili's says locations should be open on Dec. 31 and Jan. 1, so make your way in during your local store's hours. You can verify hours at your local Chili's with a quick phone call, but you should have plenty of time to go in for a celebratory margarita and an order of chips and salsa.

Although many Dunkin' stores will be open on both Dec. 31 and Jan. 1, Dunkin' recommends checking the Dunkin' app to confirm if your local store is open before you count on grabbing one of your last holiday sips.

If your NYE to-do list includes Starbucks, you should be able to snag a latte or cold brew on New Year's Eve and New Year's Day. Starbucks says you will want to check for your store's specific hours by using its store locator on its website.

Everyone who wants to have the sandwich to celebrate should make sure your local Popeyes is open. The company says that there will be select restaurants open on both Dec. 31 and Jan. 1, but you'll need to call the Popeyes near you to confirm.

More like this
These Cereal-Inspired Candles On Etsy Look & Taste Like Bowls Of Your Fave Breakfast
By Rachel Chapman
Here's How To Find Asian-Owned Restaurants & Businesses To Support AAPI Communities
By Lara Walsh
What Is Boo Bash At Disney World? The Halloween Event Has Rides, Music, & Themed Treats
By Cianna Garrison
Stay up to date