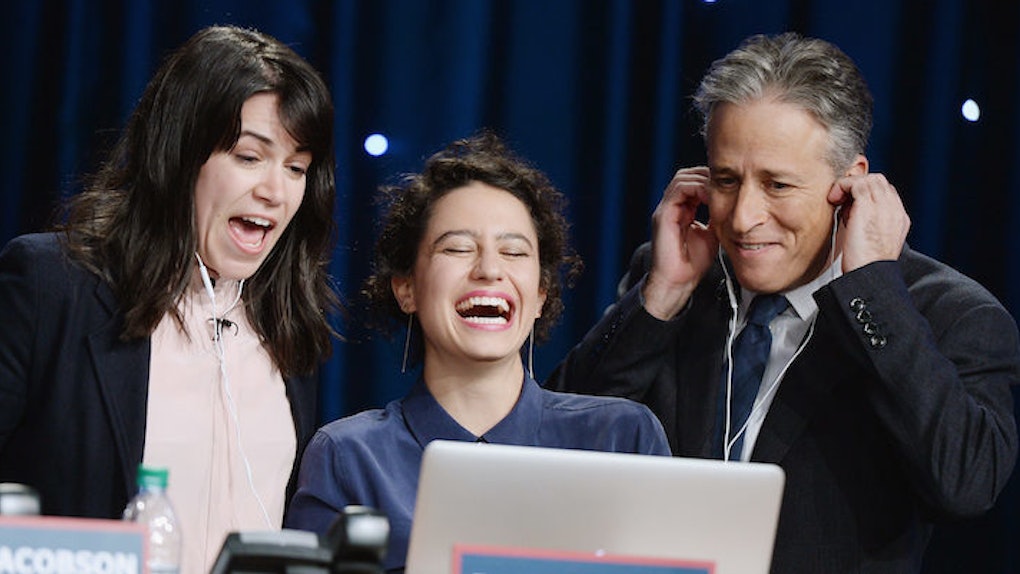 Here's Why You Should Date A Democrat, Even If You're A Republican

These days, it feels like you can't even get Democrats and Republicans in the same room.

It's gotten to the point where Republican senators said they won't meet to discuss President Barack Obama's nominee for Supreme Court justice, let alone get close to approving him.

That's why it's all the more important we create bipartisan collaboration on our own terms.

If we show Republican politicians their supporters can happily date Democrats, maybe we can convince them to actually do something -- anything -- involving the other party.

You can teach each other new things.

Democrats and Republicans are into different stuff, meaning you can learn from each other. And since progressive Democrats like "safe spaces" for dialogue, you can ensure opinions will be heard respectfully.

Democrats can teach Republicans about weed and hip-hop while Republicans can teach the values of guns and country music since those are what each prefer, according to a recent survey. Things will never get dull as you always have something new to experience and try to understand.

When couples learn from each other, they grow closer, and doing new things together keeps a relationship strong. After all, romance revolves around "learning from each other and growing in love."

Democrats will respect your body.

They're not in the business of taking away the right to make your own decisions about your body. In fact, they'll fight so you can get proper care to make those decisions.

In terms of your relationships, this should mean they'll take care of your physical being and respect the hell out of it. Democrats just want to treat your body right.

For Dems, it's all about love.

Democrats like saying they stand on a platform of love. They support same-sex marriage and welcoming refugees with open arms, in addition to not immediately kicking out all illegal immigrants. Democrats are all about love and inclusion.

So, while you may not particularly agree with their stances, you can benefit from the compassion that's at the root of them.

Ultimately, the world can function a lot more efficiently when we all collaborate peacefully. Don't you want to be at the heart of that togetherness to make America great again?