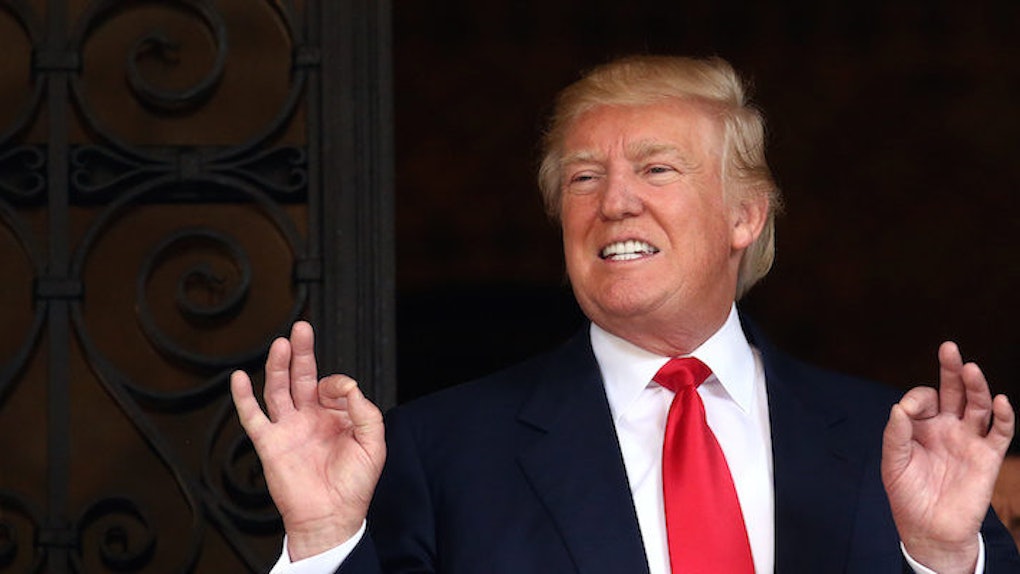 Donald Trump thanked himself in the third person via a tweet on Tuesday, and his narcissism might've finally peaked.

The Donald is a big fan of, well, himself.

Trump thanking himself on social media was probably inevitable and isn't terribly surprising, but this didn't stop the internet from doing what it does best: mercilessly ridiculing the president-elect on Twitter.

As we've continuously learned in recent months, he's also very fond of offering the country his stream of consciousness through Twitter.

Trump is poised to be our country's tweeter-in-chief.

According to Trump, he restored faith in America's economy.

Apparently, America's relative optimism about the country's economic future has nothing to do with anything President Obama has done over the past eight years, like saving America from a second Great Depression.

The economy has added 188,000 jobs a month over the past 12 months, and the unemployment rate went down to 4.6 percent in November — the lowest rate since 2007 — but Trump ignored that as well.

It does seem that expectations for Trump are high, but it doesn't hurt that he's inheriting an economy that's in pretty good shape, largely as a product of President Obama and his policies.

Will Trump live up to all the hype?

We will know soon enough. His inauguration is right around the corner.

In the meantime, it's safe to say Twitter will continue to mock Trump for his self-appreciation.

Thanks, Donald, for making everyone afraid of a nuclear apocalypse again. It's just what we needed after the dumpster fire of a year we had in 2016!

Thanks, Donald, for forcing parents to have awkward conversations with their kids about when you bragged about sexual assault — among the many other offensive things you've said and done — yet still somehow managed to get elected (WTF, America).

Thanks, Donald, for being the complete opposite of Obama and reminding us how lucky we were to have a leader with integrity and class for the past eight years.

The next four years will certainly be interesting. Let's hope America survives.