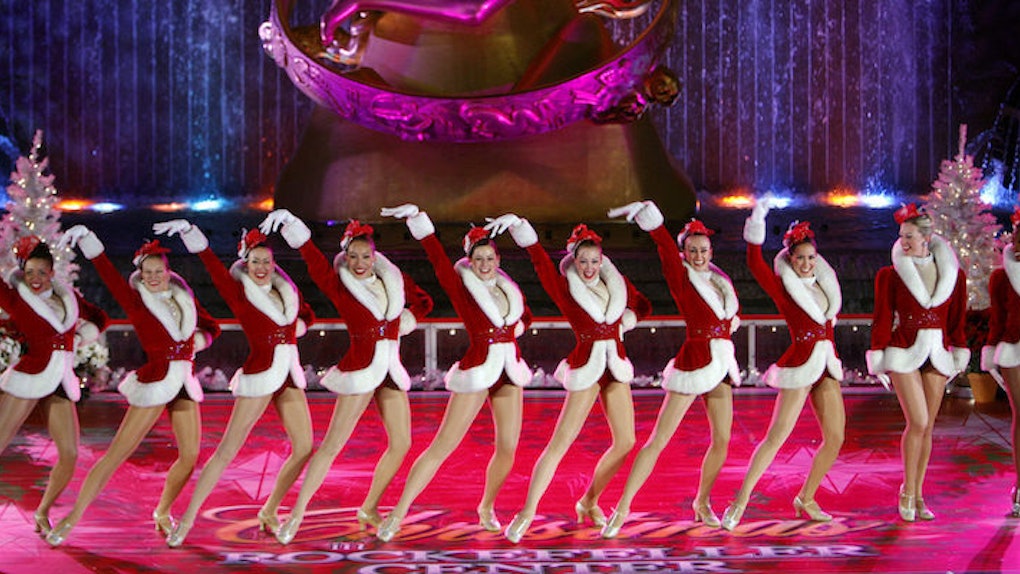 The Radio City Rockettes are being forced to perform at the presidential inauguration of Donald Trump — and some of them are really not happy about that.

Rockette Phoebe Pearl posted about her discomfort on her Instagram, which is private.

She wrote that she was feeling "overwhelmed with emotion" and that learning the Rockettes have to perform for Trump makes her feel "embarrassed and disappointed."

The women I work with are intelligent and are full of love and the decision of performing for a man that stands for everything we're against is appalling.

She said that she is just speaking for herself with the note, bu said, "[W]e have been performing with tears in our eyes and heavy hearts."

Pearl ended the note with the hashtag #NotMyPresident.

The Rockettes are being forced to perform at Trump's inauguration by their union.

After concern from the Rockettes was apparently expressed about getting "involved in a dangerous political climate" through performing, the American Guild of Variety Artists apparently sent an email to the famed dancers.

The email, obtained by BroadwayWorld, says,

Any talk of boycotting this event is invalid, I'm afraid.

It goes on to say that "ranting of the public is just that" and that having an opinion "does not change your employment status."

It is a job, and all of you should consider it an honor, no matter who is being sworn in.

The public is continuing its ranting by debating this topic.

Some believe it's gross that these women are being forced to perform for a man who has said he "grab[s women] by the pussy" and has been accused of assault at least a dozen times.

Others believe women should shut up and do what they're told.

Trump has been having a lot of trouble trying to find performers for his inauguration.

So, you know, clearly A-list celebs are lining up to perform.

Not even local marching bands want to perform at Trump's inauguration.