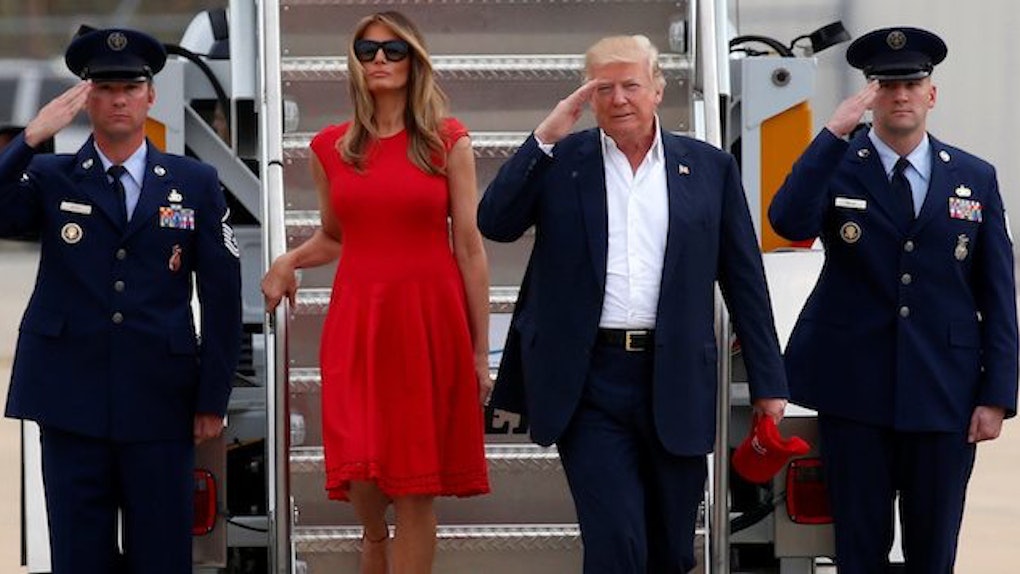 Melania Trump Has Higher Approval Rating Than Her Husband

Americans seem to like Melania Trump a lot more than her husband.

A new CNN/ORC poll shows 52 percent of Americans have a favorable opinion of the first lady.

So, while most Americans like the first lady, the same cannot be said about the president.

People have different theories on why this is. Perhaps it's the lack of Twitter rants?

Melania's approval rating is up 16 points since her husband's inauguration.

In February 2016, her favorability rating was at 24 percent, her unfavorable rating was 31 percent and nearly a quarter of Americans (23 percent) had never even heard of her.

Now, only three percent of Americans say they don't know who she is, and her unfavorable rating is 32 percent.

So, Melania Trump has never been more popular.

She's been in the public eye slightly more in recent weeks, but, in many ways, she hasn't fully taken to her new role. There have also been reports she's absolutely miserable being first lady.

But, in spite of all this, most people seem to think she's doing a good job.

Some seem to think Melania's approval bump is because people feel bad for her.

Is this all a product of people pitying Melania? Many people are arguing it could be.

Meanwhile, some don't think Melania deserves the praise or the pity party.

Melania still lives in New York City, which costs a lot of money due to security, and isn't particularly popular among many New Yorkers.

Many also don't think she's been doing enough in the White House.

And there's also those who think Ivanka Trump is basically the first lady.

Ivanka plays a major role in the Trump administration, and is frequently at the White House.

Her husband, Jared Kushner, is a senior adviser to the president.

Many have argued Ivanka is the unofficial first lady, which she has dismissed.

Will President Trump be jealous?

It's not exactly a secret the president is extremely narcissistic and is obsessed with ratings of all kinds (especially TV ratings).

Will he be mad that people like his wife more than him?

It's hard to say exactly why people like Melania more than the president.

But the spike in her approval rating is definitely connected to the fact that she's started to step into the limelight a bit more, and more people actually know who she is now.

This might suggest that people want to see her more, and are hoping she embraces the role of first lady more than she has so far.

Whether or not this happens remains to be seen.