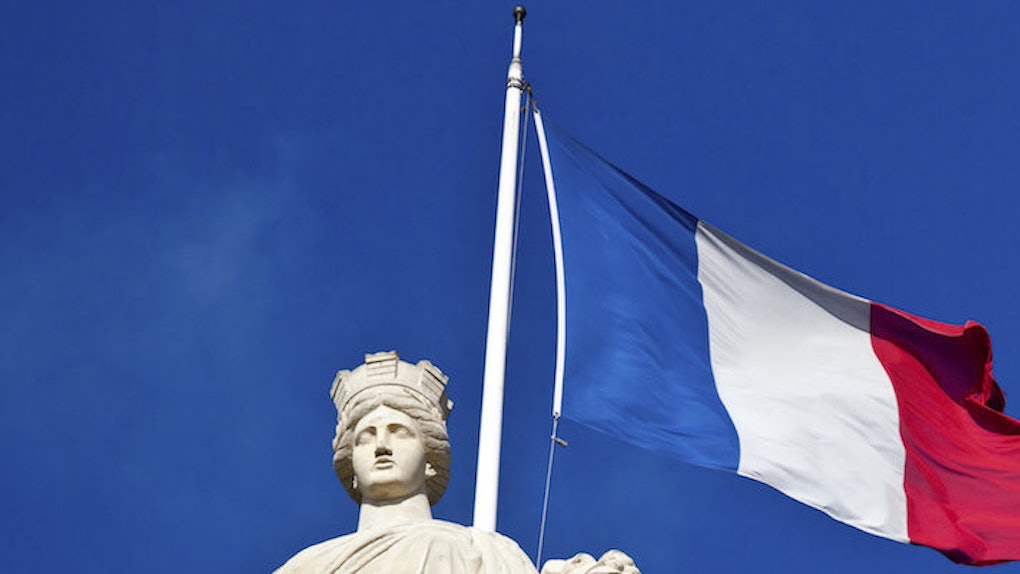 Dear France, Please Don't Do What The US Did After 9/11

I think I speak for basically anyone with a heart when I say how deeply sorry I am for Friday's tragic events.

The world watched on in horror as a group of vicious cowards maliciously targeted innocent civilians in your beautiful capital. It was a truly horrendous day we will never forget. We stand with you during this trying time.

I understand you must be hurting right now. You're saddened, baffled and enraged anyone could be so fundamentally cruel and violent.

It's been over a decade since 9/11, but for those of us in the US old enough to remember that day, those feelings are all too familiar.

But please, for the sake of your country and that of the wider world, don't do what the US did after 9/11.

Don't allow your anger and desire for retribution to fuel intolerance and misguided policies that violate everything you stand for.

Don't allow your pain and hurt to induce hatred against Muslims. In the US, hate crimes against Muslims are still five times more common today than before 9/11.

Don't collectively blame the Middle East for the crimes committed against your people. Don't use this attack to justify the invasions of entire countries.

The US, like Paris, was attacked by a non-state actor on 9/11, but ended up illegally invading a country (Iraq) with no ties to the 9/11 attacks.

Fifteen of the 19 hijackers on 9/11 were Saudi Arabian, but America invaded Afghanistan and Iraq.

In the process, we helped create the group that claimed responsibility for the horrendous attack in Paris on Friday.

ISIS would not exist had the US not invaded Iraq in 2003.

worth remembering how much of ISIS' strength in Iraq comes from Saddam loyalists. rise very much linked to Iraq war as @BernieSanders says — Peter Beinart (@PeterBeinart) November 15, 2015

Don't get why Obama won't just man up and take decisive action and hop in his time machine to prevent the Iraq war and therefore ISIS. — Jesse Singal (@jessesingal) November 16, 2015

Watching Obama now, it strikes me that if he had been president on 9/11 there would have been no Iraq War & therefore no ISIS. — Ian Millhiser (@imillhiser) November 16, 2015

The Bush administration skewed the narrative of 9/11 to justify imprudent violent conflicts that only served to induce further terrorism.

Meanwhile, it instituted inhumane and illegal policies in the name of "security."

The Obama administration continued some of these policies and escalated others (the use of drones and drone strikes).

America tortured people, spied on its own citizens, killed civilians and deemed them "collateral damage" and opened Guantánamo Bay (Gitmo) detention center -- a prison where unspeakable horrors were inflicted upon individuals who never stood trial.

Gitmo is still open and stands as a black mark on the history of the US.

America responded to terror with more terror, yet some in this country still can't seem to understand why certain people in that part of the world view us with disdain.

This does not mean terrorism is ever justified, but that sometimes governments are the ones committing the acts of terror.

So don't do what we did. We had the entire world on our side after the 9/11 attacks, and we threw it away.

You exhibited common sense after 9/11, you disagreed with America over the war in Iraq. Your leader at the time, President Jacques Chirac, aptly stated,

For us, war is always the proof of failure and the worst of solutions, so everything must be done to avoid it.

But the US irrationally viewed war as the best solution following 9/11.

America's "War on Terror" has only served to induce enmity toward the US, increasing the likelihood of terrorism, while violating the values and ideals the US was founded upon.

France is a nation guided by the principles of liberty, equality and fraternity.

The Paris attacks were the antithesis of these notions, but so was America's response to 9/11.

We denied innocent people their liberty, our actions led to inequality in the Middle East and beyond and we supported disunity between the world's nations. Don't follow in our footsteps.

By all means, pursue the terrorists responsible for the attacks. Take the fight to ISIS if you must. But don't do it at the expense of Syrian and Iraqi civilians, who have already suffered so much.

Despite the ISIS occupation, Raqqa is a city primarily of civilians who are too poor to leave. Thoughts with them as the bombs fall — Molly Crabapple (@mollycrabapple) November 15, 2015

Don't give into fear as the United States did.

Don't fear the refugees, who were brought to your doorstep by fear in the first place.

They aren't terrorists, but the sad product of terrorism. Refugees are people desperately searching for peace and stability after being ravaged by war and left with no good choices.

Remember when we all saw those photos of a dead Syrian child and people wanted to help refugees? That was two months ago. — Elise Foley (@elisefoley) November 16, 2015

ISIS wants you to be afraid of refugees because it would provide the group with a valuable crop of recruits, among other reasons.

When people have few options and the world appears to hate them, that's when they turn to extremism. Don't give ISIS this advantage.

one reason to bring a Syrian passport with you to commit a terror attack—to demonize refugees locally, which is exactly what ISIS wants. — Mike Giglio (@mike_giglio) November 14, 2015

Beyond the basic humanity, think of the recruitment tool handed to ISIS if the door was uniquely shut on millions of Muslim refugees. — Sabrina Siddiqui (@SabrinaSiddiqui) November 16, 2015

#ISIS wants to disrupt refugee fleeing to Europe bc it contradicts their narrative that the Islamic Caliphate is a safe refuge for Syrians. — Ahmed Shihab-Eldin (@ASE) November 16, 2015

Don't fear Muslims. ISIS doesn't represent the 1.6 billion Muslims around the world, but it certainly wants you to believe it does.

These terrorists want us to legitimize their existence by equating them with Islam. But they do not speak for the vast majority of Muslims around the world, who are non-violent, peace-loving individuals.

Most of those killed by ISIS and most of those fighting ISIS are Muslims. Remember that when you collectively blame Muslims for ISIS' terror — Daniel Wickham (@DanielWickham93) November 14, 2015

Our greatest weapon against ISIS is unity (fraternity). The terrorists want to see the world's peoples driven apart. We can't let them.

The US made the mistake of allowing emotion to dictate its foreign policy after 9/11, and thousands of innocent people paid the price.

America played right into the terrorists' hands: al-Qaeda wanted the US to get bogged down in a long and costly war.

Don't give the terrorists want they want. Show the world how to respond to awful events like this by moving forward in defiance of ISIS' wishes: with no fear and in solidarity with the globe and its diverse peoples.

A concerned citizen of the world