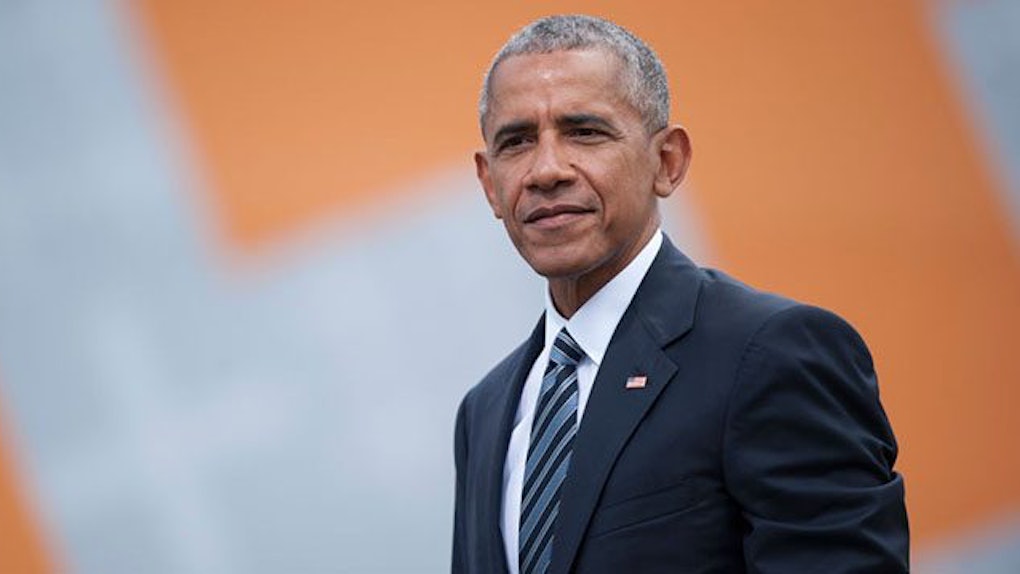 Friday, Aug. 4, marks Barack Obama's first birthday away from the White House in eight years. Whether or not the 44th President of the United States actually misses his old job is one question. But the question of whether the people who elected him to do that job miss him is no question at all.

If Friday morning's online tributes are any indication, the answer is a resounding yes. Simply put, people on Twitter have been filling the #HappyBirthdayObama hashtag with emotional posts showing they miss Obama just as much as Meryl Streep.

Of course, some posters also went out of their way to throw shade at President Donald Trump, with people either tweeting about how much they miss Obama or how he'll always be their president.

Regardless of how much his supporters might want him back, it looks pretty obvious that Obama is loving life. Since leaving the White House, Obama has been traveling the world, focusing on his new memoir, and, by the looks of it, enjoying marriage without burden of the presidency.

Since finishing his last term, the former president has only spoken up about politics during a couple high-profile moments. In May, for instance, Obama went out of his way to comment on House Republicans' success in passing a reform bill that threatened to repeal Obamacare.

It is my fervent hope, and the hope of millions, that regardless of party, courage is still possible… I hope that current members of Congress recognize it actually doesn't take a lot of courage to aid those who are already powerful, already comfortable, already influential.

The bill's path to the Senate ultimately ended in a failed repeal attempt as a three GOP senators voted against the Republican leadership's plan. So, to recap, just a little part of Obama's legacy is in tact, for now.

And that legacy has people practically sobbing as they celebrate his 56th birthday.