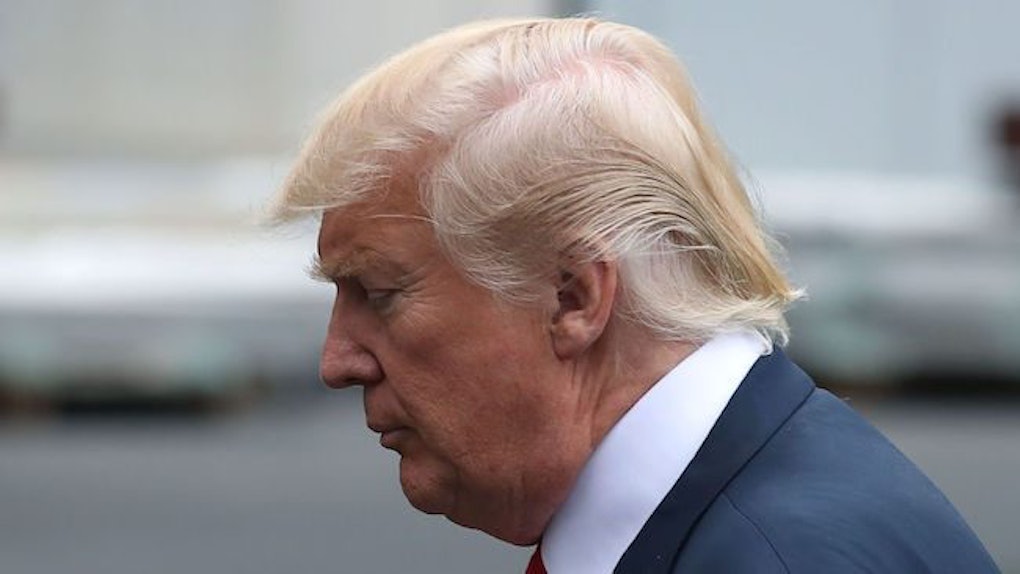 Here's a quick piece of advice to remember if you ever become president: Try really hard to avoid inciting a nuclear holocaust via social media and don't give lukewarm responses to aggression from Nazis -- both seem to be highly unpopular moves. A new Gallup poll shows President Donald Trump's approval rating has hit the lowest point so far in his presidency. Trump's approval rating drops after Charlottesville and amid heightened tensions with North Korea.

On Aug. 11 and 12, white nationalists -- including neo-Nazis and the KKK -- marched through Charlottesville, Virginia. The march ultimately resulted in the death of Heather Heyer, a young woman who was among a group of people protesting the presence of the white nationalists. In his initial response to the march, Trump blamed the violence on "many sides." Consequently, the president was widely condemned for not giving a more explicit and firm repudiation of white supremacy. Trump did offer a more forceful response to the events in Charlottesville on Monday, Aug. 14, but many viewed this as too little too late. This likely helps explain why Gallup's recent poll shows Trump's approval rating is at 34 percent -- a new low -- and his disapproval rating is at 61 percent -- a new high.

According to The Hill, the Gallup poll was conducted over a three day period that ended Sunday, Aug. 13. This means some of the respondents had not yet seen the violence in Charlottesville or heard Trump's highly criticized response to it when they participated in the poll. So, it's also conceivable these individuals were unsettled by the president's bombastic rhetoric toward North Korea that's occurred over the past week or so. Some have accused Trump of attempting to start a nuclear war with his comments (and tweets). So, yeah, between potentially causing the apocalypse and not taking a strong enough stance against Nazis (which should be a no-brainer), it's not all that surprising people aren't thrilled with Trump at the moment.

Trump makes a habit of comparing himself to Obama, so it's worth taking a look at Obama's approval numbers.

Beyond simply being annoying to Trump, there are major potential political implications to his unpopularity (hint hint: the 2018 midterms).

If Trump's approval ratings don't improve by the 2018 midterms next November, it could lead Republicans to lose big time (or bigly, as Trump might say). As Harry Enten of FiveThirtyEight points out, historically, midterm elections have often gone favorably for the Democratic party if an unpopular Republican president was in office -- and vice versa.

Trump has spent a lot of time criticizing his fellow Republicans in Congress, even recently. If Trump hopes for his party to maintain control of Congress, he might want to spend more time strategizing and less time tweeting about the ways they've supposedly failed him.