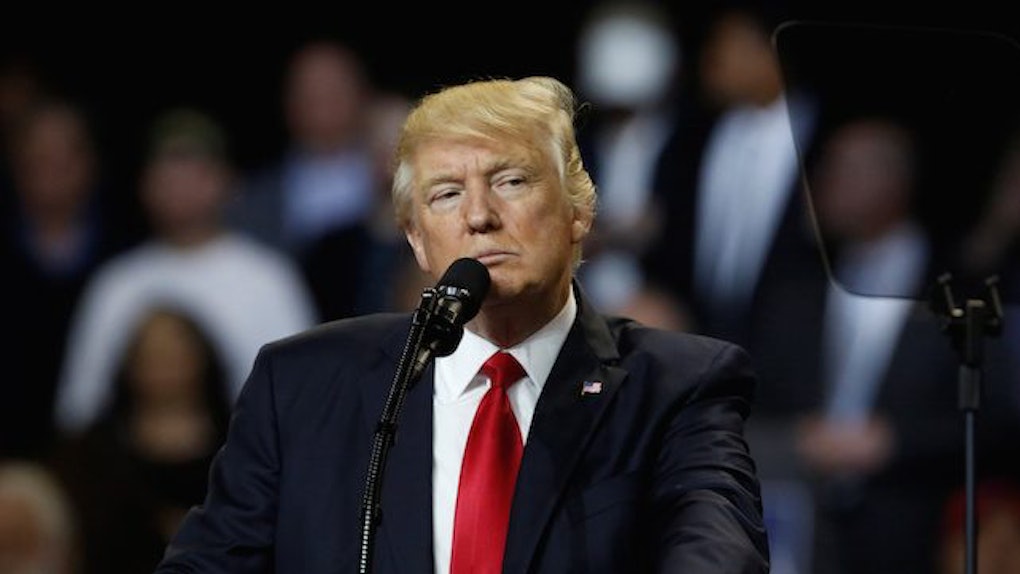 Why Trump's Latest Lie Could Get Him Impeached

President Donald Trump is having yet another very bad, horrible, no good week — except this one could possibly lead to his impeachment.

Comey and NSA Director Michael Rogers had a hearing with the House Permanent Select Committee on Intelligence on Monday, March 20.

In addition to shooting down Trump's wiretap claims, Comey confirmed the FBI is investigating Russian interference in our 2016 election, and if the Trump campaign and administration members were in contact with Russia.

It got so wild on Monday at the hearing that Comey had to fact-check a tweet Trump sent out earlier while live-tweeting the hearing.

Overall, it was a bizarre day in American politics.

But can the Comey hearing lead to Trump's impeachment?

Comey was far from the first person to shoot down Trump's absurd claim Obama had him surveilled.

First of all, that's just not a thing a president can do.

Meanwhile, tons of politicians — including Republicans — have been like "Uhhh no, this doesn't seem legit."

Trump's ricocheting accusations meant the United Kingdom had to stand and and be like, "That's utterly ridiculous, don't drag me into this, I'm pitching tomorrow."

So now we have basically everyone but the president calling this wiretapping thing bs.

And some are shouting for impeachment.

It's pretty clear at this point Trump made an unsubstantiated claim against Obama.

If he weren't president, Obama could just sue him for libel, i.e. saying something false that made him look bad.

But he is the president, so instead we have the impeachment option.

But, as always, getting to an impeachment in reality is much harder than getting there logically.

It's a very rare thing. And, mind you, a majority of Congress is Republican.

It would likely be hard to convince a majority of them to go against their leader, no matter how #FAKENEWS he's being.

After all, to a citizen not paying attention, Trump's claims are making the Democrats look bad.

Clinton lost the election in large part due to a shadow of suspicion built up around her by Republicans. As scores of Republican-led investigations have shown, she didn't really do anything wrong. But they made you think she should be locked up.

Trump is following the same blueprint, he's just being a little more outrageous with it.

During the hearing on Monday, Republicans didn't seem terribly concerned about Russian meddling with Trump.

On the contrary, they spent a lot of time asking about The Washington Post and The New York Times, essentially trying to get Comey to say they could LOCK THEM UP for reporting.

This was all following the distraction narrative of "protecting leaks of classified information," as if none of those politicians has ever leaked information.

So, yeah, I wouldn't hold your breath on that impeachment.