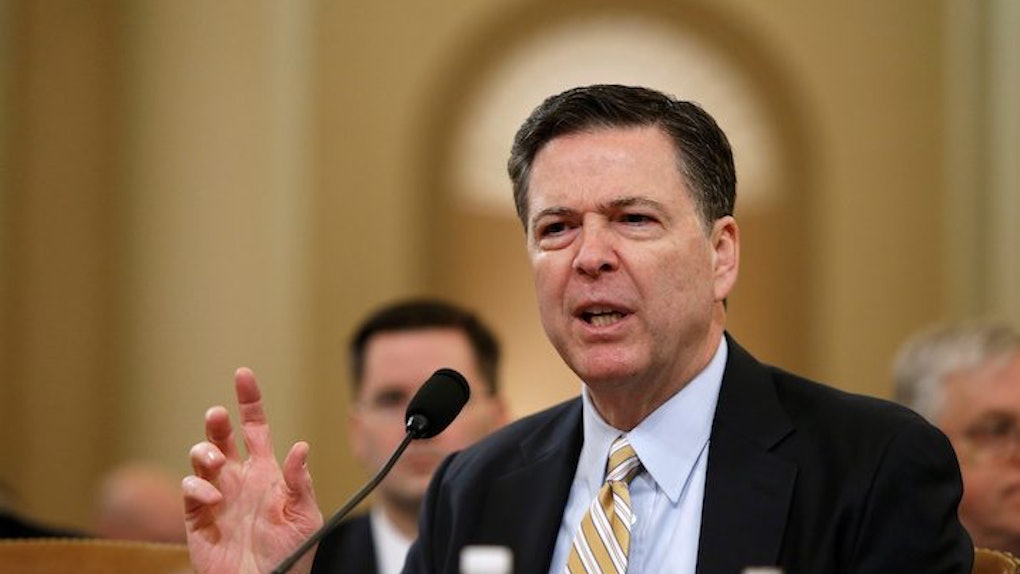 We did it, America. We've reached peak 2017 — and not even three full months into the year.

During the hearing, Comey was asked to fact-check a tweet Trump sent about the hearing, and he pointed out it was not correct.

This is where we are as a country right now: The director of the FBI had to call out a lie the president told on social media about a congressional hearing while the hearing was ongoing.

On Twitter, Trump claimed, "The NSA and FBI tell Congress that Russia did not influence electoral process."

Except, that's neither what Comey nor NSA Director Admiral Mike Rogers stated.

What Trump tweeted is completely false.

Both Comey and Rogers said Russia did not change vote tallies, but confirmed Russia deliberately interfered in the US election and sought to hurt Hillary Clinton's chances of winning in order to help Trump.

To be clear: There is still no concrete evidence of collusion between Trump and Russia, but the US intelligence community has made it clear Russia interfered in the election.

Trump tried to downplay this by twisting what was said.

During the hearing, Comey and the director of the NSA also completely dismissed Trump's tweets and claims former President Obama wiretapped him.

They also shot down allegations from the Trump administration claiming the British assisted Obama in this regard.

Comey also revealed the FBI is currently investigating potential ties between the Trump campaign and Russia.

What transpired during this hearing is emblematic of how problematic Trump's tweets are.

They've wasted valuable time and resources, and left the US looking extremely foolish in front of its allies.

As we continue to discuss Russia in relation to Trump and the 2016 presidential election, we should be wary of the president's attempts to distract and deflect via Twitter.