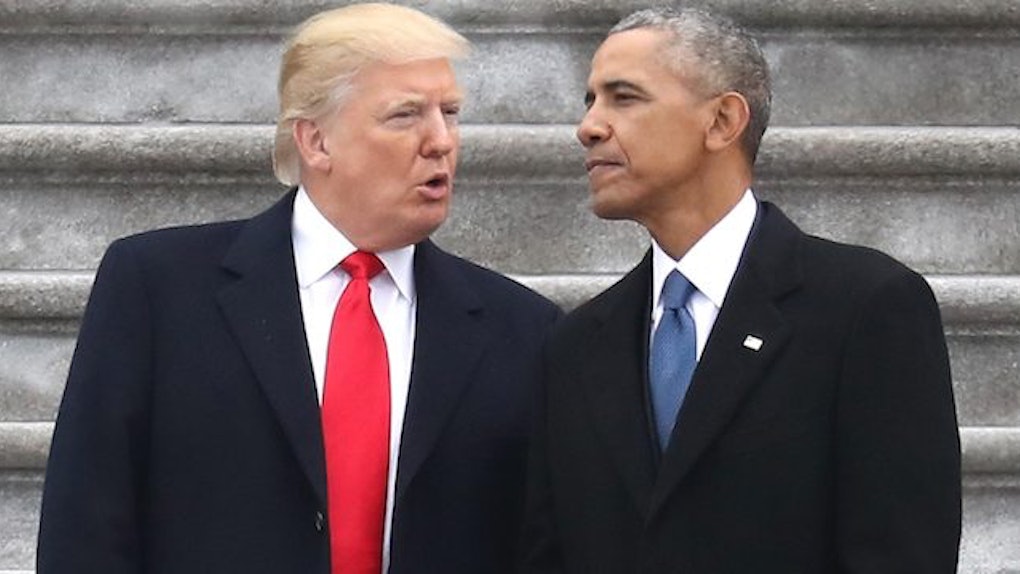 Trump Reveals He Learned Of Wire-Tapping From News

Donald Trump has doubled down on claims his predecessor spied on him during last year's explosive election campaign.

The president remains adamant Barack Obama's administration “wiretapped” his phones, but until now, it's unclear how his suspicions arose.

But in an interview with Fox News' Tucker Carlson, Trump has revealed where his accusation came from — and it's depressingly predictable.

Trump revealed he learned about “wiretapping” from news reports.

This is a man who has access to the most advanced intelligence in the world and receives daily briefings.

There continues to be no concrete evidence any wiretapping took place at Trump Tower.

He admitted he first discovered he was being spied on when he read an article in The New York Times “where they were talking about wiretapping. There was an article, I think they used that exact term.”

I read other things. I watched your friend Bret Baier the day where he was talking about certain very complex sets of things happening, and wiretapping. I said, 'Wait a minute, there's a lot of wiretapping being talked about.' I've been seeing a lot of things.

Trump also claimed people will soon see “some very interesting items” that could provide evidence behind his accusation.

There is significant reporting about surveillance techniques that have existed throughout the 2016 election. I think he feels very confident that what will ultimately come of this will vindicate him.

Obama himself is reportedly "livid" about the accusation, while his team angrily denied the former president monitored the phones at Trump Tower.

The leading Republican and Democrat on the House Intelligence Committee, Devin Nunes and Adam Schiff, both said they had seen no evidence to support Trump's claim.

Citations: Trump says he learned about Obama 'wiretapping' him from NEWS reports but insists he has 'a lot' of evidence and promises 'very interesting items' will emerge soon (DailyMail.com)