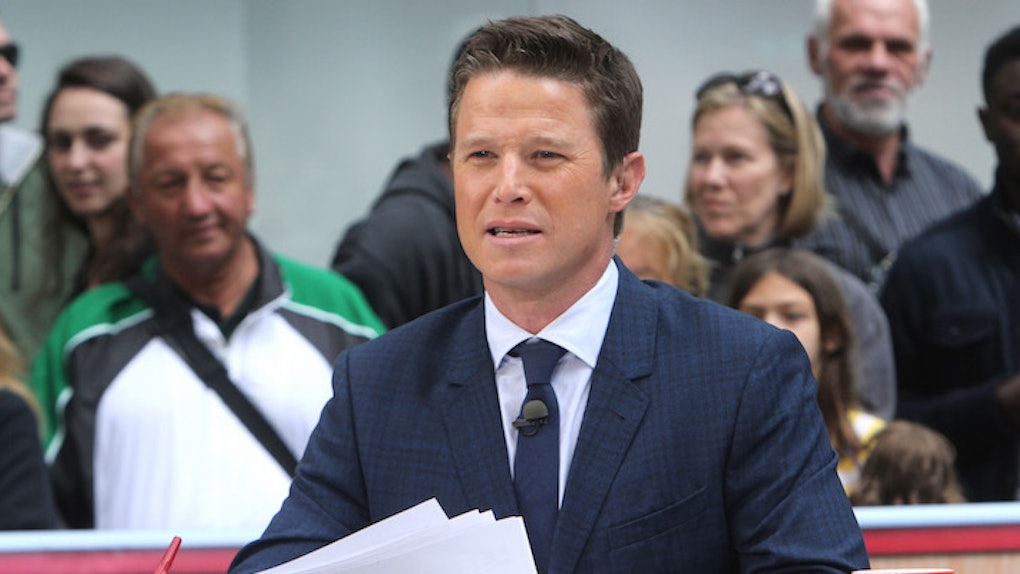 Just one month out of the general election, this video does not help Trump get closer to the White House in any way whatsoever.

Two days before the second presidential debate, a video from 2005 was leaked of Donald Trump talking to Billy Bush, host of "Access Hollywood" back then, on a bus.

This wasn't just an ordinary tape, though. The conversation between the two men discussed how Trump was attempting to make "moves" on a married woman (whom we now know was Nancy O'Dell) and basically, how Trump's "celebrity status" allowed him to grope women.

The minute the media got hold of this tape, it spread like wildfire. By the time the second debate came on, people cringed at the mere thought of having to hear Trump try and explain himself. (He can't. "Locker room talk" doesn't apply here.)

Being a woman, I honestly can't believe a man thinks his celebrity status is an excuse to assault another woman. And I know I'm not the only one raging about Trump's comments.

Recently, actress Amber Tamblyn spoke out in an Instagram post telling the story of the time her abusive ex sexually assaulted her in public. According to Tamblyn, the man literally grabbed her by her pussy, so she did not take Trump's comments to be simple locker room talk (nor should she, or anyone, for that matter).

And Tamblyn is not the only woman who spoke out against Trump's disgusting comments. Thousands of women on Twitter reacted to the tape by detailing their first experiences with sexual assault.

The turnout on this Twitter trend was massive, and I'm sad to say that. After all, these women are detailing the first time they were ever sexually assaulted. Clearly, it happens far too often, to far too many people.

I posted my assault, asked women to share theirs, thinking "if no one discusses I'll pull it down." 9.7million later pic.twitter.com/h1y7iIiU7M — kelly oxford (@kellyoxford) October 9, 2016

In response to the leaked tape, Trump and his campaign did apologize for the comments.

However, his wife, his running mate, Republican politicians and millions of Americans were outraged, decided they could no longer support Trump and made clear their shame of his views toward women.

Overall, this tape hurt Trump more than anything. And it's going to be quite a show to see him come back from this one, but what about the other guy in the tape? What happened to him? I mean, he was in the conversation, too.

Back then, Billy Bush was a live host for "Access Hollywood." The bus Trump and Bush were on was heading toward NBC Studios, where Trump was making a segment about his cameo on the show, "Days of Our Lives."

Upon arrival, the men were greeted by actress, Arianne Zucker. Bush then made a few comments about her physical appearance to Trump.

Even though Bush didn't start the commentary, he was still a part of that conversation and the video shows he did nothing to condemn Trump's bragging about sexual assault.

Even after all of the nasty things were said by Trump, there were no signals or words exchanged by Bush about how wrong Trump's words were.

It's safe to say Bush went along with the conversation, and wasn't apologetic in any way until just recently, when the tape was leaked.

He apologized in a statement saying this:

It's no excuse, but this happened 11 years ago – I was younger, less mature and acted foolishly in playing along. I'm very sorry.

This wasn't enough for us, though. Being a host on "Access Hollywood," a show operated by NBC Universal, viewers wanted NBC to do something about Bush in his current role in the 'Today" show that also airs on NBC.

Because Billy Bush is on a show that's owned and operated by NBC, his past does reflect NBC's reputation. In response, Bush has since lost his job and will be exiting "Today" in the near future. NBC was more than just appalled by what was said in that video, and they were right to take action against Bush's inaction.

They were right to take action against Bush's inaction.

In a memo written to staff, Noah Oppenheim, an executive in charge of the morning show, said, "There is simply no excuse for Billy's language and behavior on that tape."

Bottom line is, if NBC had not taken any action toward Billy Bush, many viewers would not only be enraged that he "got away with it." It would also reflect on the network's overall reputation and their female viewership, something no network can afford to lose.

In my opinion, NBC has made the right choice. Every negative choice we make does have a consequence that hits us sooner or later.

For Bush, it took 11 years until he faced the consequences, but by the network taking this action, it proves a point to us all.

Assault, whether it's verbal or physical, toward males or females, should not ever be taken lightly. It shows others who people really are, and what they're capable of.

And if Donald Trump has taught us anything in this election, it's that when a person says disgusting things about other human beings, they're showing you who they really are.