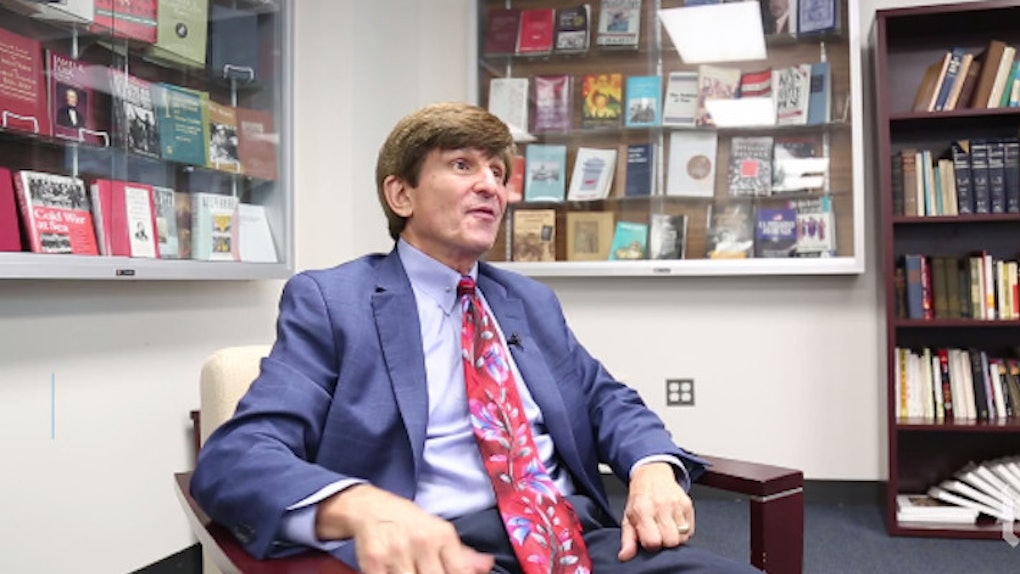 Before Donald Trump won the 2016 presidential election, the polls widely reported that Hillary Clinton had a pretty unshakable lead. Only four out of 67 major polls predicted a Trump victory.

FiveThirtyEight, a website known for its accuracy, said that Hillary had a 70 percent chance of winning. The New York Times clocked it even higher than FiveThirtyEight at 85 percent.

We were all so sure that she'd be president.

And yet, when the day finally came, we could not have been more wrong.

One man stood out from the pact of pollsters and political thinkers: Allan Lichtman. This political science professor based in Washington DC was outspoken with his belief that Trump would clinch the presidency.

We'd say the author of "Predicting the Next President: The Keys to the White House 2016" would have a pretty good idea about how things would turn out.

Lichtman spoke to the Washington Post in September when he predicted a Trump win — specifically because, as he saw it, President Obama's second term set the stage for a transfer of party power.

At the end of the discussion, he said:

I'm going to make another prediction. This one is not based on a system; it's just my gut. They don't want Trump as president, because they can't control him.

The "they" he is referring to is the Republican establishment in Congress. He continued,

Trump has consistently strayed from party lines and the Republican establishment reluctantly gave him its support once there was no one else. Lichtman added,

And I'm quite certain Trump will give someone grounds for impeachment, either by doing something that endangers national security or because it helps his pocketbook.

As the Washington Post points out, David Brooks of the New York Times also predicts an impeachment:

After all, the guy will probably resign or be impeached within a year. The future is closer than you think.

If that gives you a sense of relief, it shouldn't.

Trump is bad, but if you'd like to read about all the ways that Pence makes Trump seem like a feminist, please refer to this article by my colleague Alexandra Svokos.

I'll give you a taste:

He supported conversion therapy, which is essentially traumatizing people to try and make them stop being gay. He signed the Religious Freedom Restoration Act, which legalized discrimination against gay people.

Oh, and one more:

He is loudly against Planned Parenthood. He cut funding for it in Indiana, which led to an HIV epidemic.

Wait — one more about the anti-abortion law he passed this year:

It created an 18-hour waiting period for abortions, requiring women to listen to a fetal heartbeat before getting an abortion.

Thanks Alexandra! Life is hell!