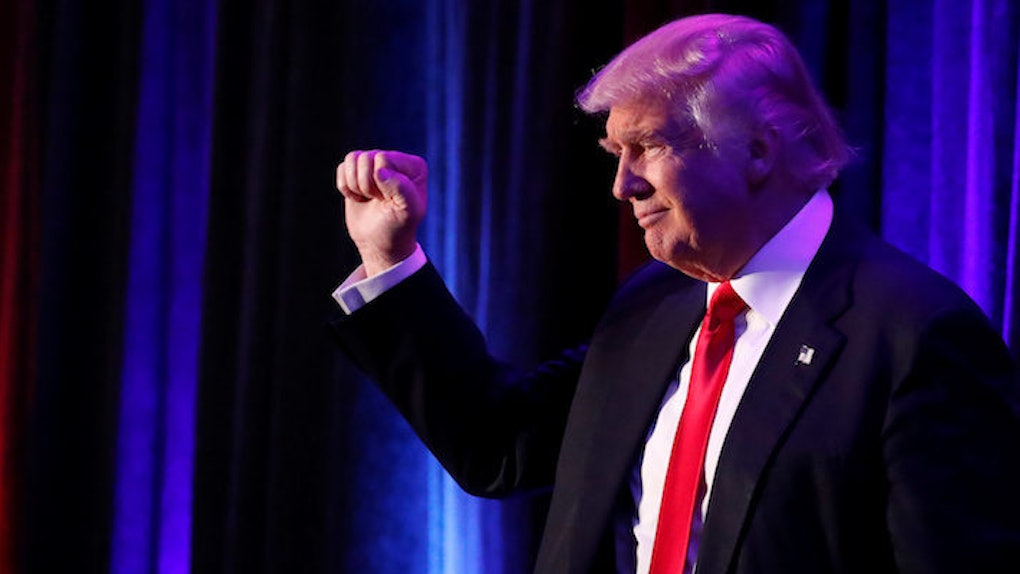 US Election Results: Why The Polls Were Wrong About Donald Trump

This morning, just hours after Donald Trump won the presidential election in an upset over Hillary Clinton, I took a look at my group chat text exchanges from last night and saw the blatant idiocy of my expectations made manifest.

My friends and I were incessantly chatting, making jokes, as usual, and then around 8:30, there was suddenly radio silence.

Over the next 10 or so hours, this was all that was said:

I include the above exchange as my first and last attempt to try and be light-hearted today.

I watched the election on NBC, and before the numbers really started rolling in, the anchors were putting the cart before the horse so extremely, I half expected them to begin discussing who Hillary Clinton would invite to speak at her inauguration.

And they can't really be faulted for that. Nearly every poll predicted a Hillary win.

As RealClearPolitics reports, only four of 67 national polls had Donald Trump leading.

FiveThirtyEight, which is famous for its accuracy, had her at a 70 percent chance of winning on election day. The New York Times had her even higher.

So how did everyone get it so wrong?

For years, we've put our faith in polling numbers. In the past, there was good reason to.

But in this new age, with its kaleidoscope of variables, today serves as a stark reminder that we know very little about how to ascertain what the people of this country believe.

The results suggest pollsters may have wildly underestimated the number of hidden Trump voters — people who stampeded to the ballot box on Election Day but never showed up on the radar of surveyors.

But why didn't these voters show up on polls?

Bomey points out there was but one “notable exception” in the polling community.

The Los Angeles Times/University of California poll listed Trump as ahead in the months leading up to Election Day, and everyone pretty much laughed it off.

One of the people in charge of this jointly run poll, Arie Kapteyn, believes that many people were likely unwilling to admit to a pollster on the phone, for whatever reason, that they intended to vote for Trump.

As Kapteyn put it on Tuesday,

There are other factors at play here, however, that may provide a possible explanation for the stunningly wrong predictions.

University of Michigan political Studies professor Michael Traugott says that a likely problem may just have been not polling late enough.

With FBI director James Comey's choice to investigate Clinton's emails coming days before the election, public favor may have shifted drastically, and too suddenly, for polls to pick up on effectively.

Every poll tracked a sharp fall in Clinton's poll numbers after the announcement, but Traugott suggests they may not quite have had time to measure how drastic that downward trajectory would be.

This issue lays bare the problem with polls in this day and age, an era when information and public opinion move at such velocity, traditional polling (and campaigning) practices simply can't keep up.

In general, the polls overestimated the minority vote for Clinton and underestimated how many people who had not voted in 2012 would show up for Trump.

Plus, polling in states like Michigan and Wisconsin was probably too light, according to co-director of the Center for Public Opinion at the University of Massachusetts-Lowell, Joshua Dyck.

The interpretations for the failures of traditional polling will continue to be contested and the solutions for them discussed, but it may be some time before we see a more accurate methodology.

In short, if this election has taught us one thing, it is that we live in a new type of country. And the old ways for taking its rapid pulse simply don't work anymore.