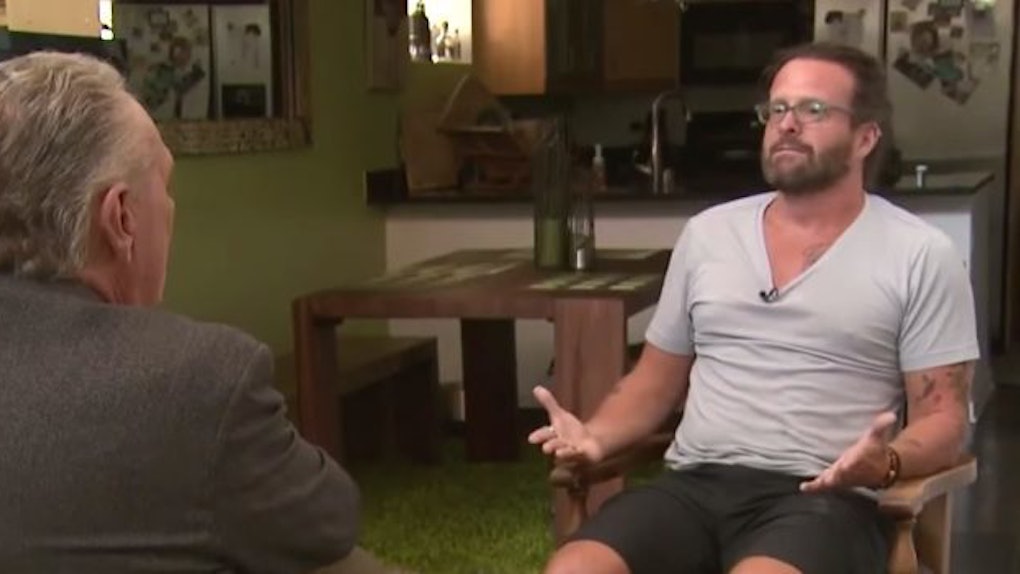 Just like man buns and Kanye 2020, Airbnb is a great idea in theory and theory alone.

The reality is, though the service does give normal people ways to find affordable lodgings in certain cities, Airbnb offers terrible humans the ability to go buck-wild in strangers' residences when the owners or tenants are not there to say stuff like,

Hey! Maybe don't bring actual livestock into the living room and invite 20 strangers you met at Burning Man over to have an 'indoor ranch party.'

Airbnb users destroying homes happens more often than the CEOs of the company care to admit.

As the story in the video above shows, Robert Corwin can now add his name to the ever-growing list of people burned by Airbnb.

CBS Chicago reports Corwin was shocked when he came home after being out of town to find out his roommate sublet his room to some random couple.

Your house is like invaded. Somebody slept in my bed.

The worst part is, according to Corwin's story, Airbnb seems to have an infuriatingly large amount of deniability when something goes wrong during a deal.

Corwin got the following response from Airbnb representatives when he attempted to have money paid back to him for stolen property. In a statement, the company reportedly said,

Airbnb does not own, operate, manage or control accommodations, nor do we verify private contract terms or arbitrate complaints from third parties.

Airbnb has been in a constant battle with authorities who seek to regulate its business model.

According to reports, government officials recently cracked down on Airbnb renters,  with one politician even going undercover to expose these “illegal hotels.”

Airbnb needs to not be a thing. Man buns and Airbnb.