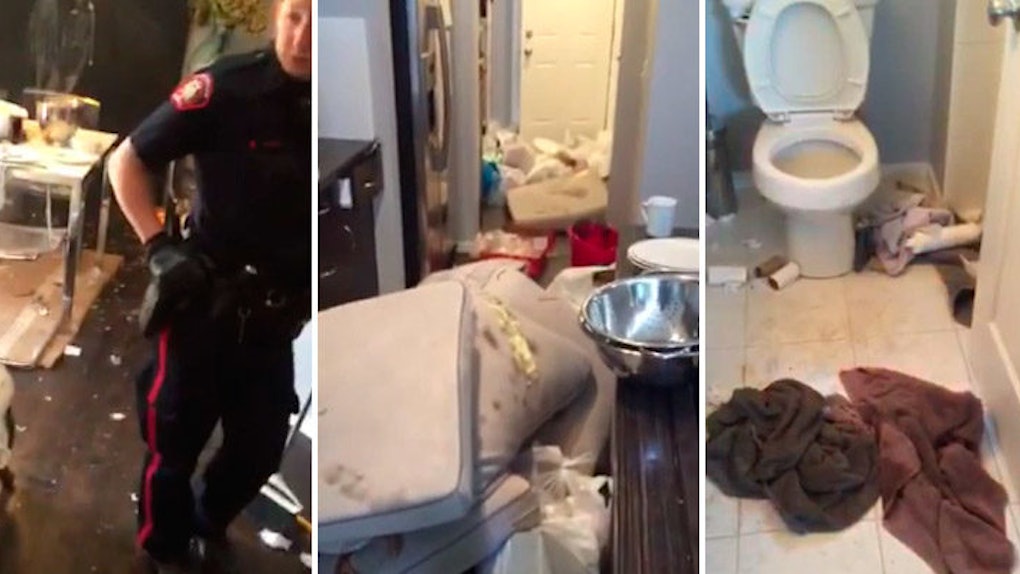 If you've ever considered renting out your place on Airbnb, you might want to think again: A Canadian couple rented out their apartment for one weekend and returned to find their home destroyed.

Over the weekend, local police received multiple noise complaints from concerned neighbors and on Monday, eventually shut the party down.

When the Kings returned, they kicked an additional 15 to 20 people out of their home.

Upon entering the apartment, they were stunned at what they saw: trash, bodily fluids, condoms, underwear and broken glass everywhere.

Airbnb is reportedly working to reimburse the couple under the host protection insurance, which covers up to $1 million in damages.

The Kings told their story to CBC:

Here's the raw footage of the damage to the house: