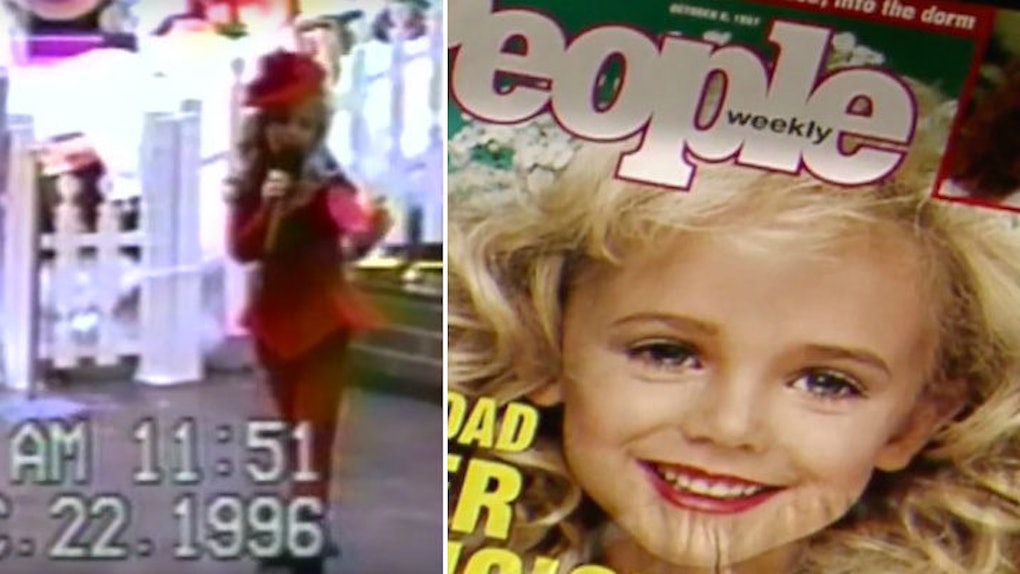 A video of JonBenét Ramsey singing Christmas carols in a mall has just emerged. It is time-stamped 11:50 am on December 22, 1996.

JonBenét can be seen happily singing and playing a fake saxophone in the video.

Just three days later, on Christmas Day, she would be found dead in the basement of her house.

Her death remains an unsolved homicide as it reaches it's 20th anniversary this year.

The 6-year-old girl, who was found with a broken skull with a garrote around her neck, adored the Christmas season.

JonBenét played with two stuffed animals, alongside her brother, Burke, as her mother Patsy Ramsey talked to family and friends about their holiday decorated home in the video.

Burke, who recently appeared on "Dr. Phil," told the host,

I remember peeking down and seeing an electric train. I was super excited. I think she got a big doll house, we both got bikes.

Their father, John, appeared on the same program. He said,

Patsy had sent the doll company a picture of JonBenét and they made a doll that supposedly looked like her and Patsy says the doll lying in the box kinda startled her. She said it looked like JonBenét was in a coffin.

On Christmas morning, John carried his daughter's body, found hours after she was reported missing, from the basement upstairs and placed her in front of the Christmas tree.

No one has been charged for JonBenét's death, but tabloids have fueled rumors that the family had something to do with her murder.

Some suggest that Burke accidentally killed his sister and his parents wrote a fake ransom note to protect their son.

Burke's parents said that he was sleeping the entire time of the incident.

Earlier this year, CBS aired an unscripted miniseries on the case. They reunited members of the investigation team and brought in new experts to go over the evidence, including a handwriting expert that links the ransom note to Patsy Ramsey.