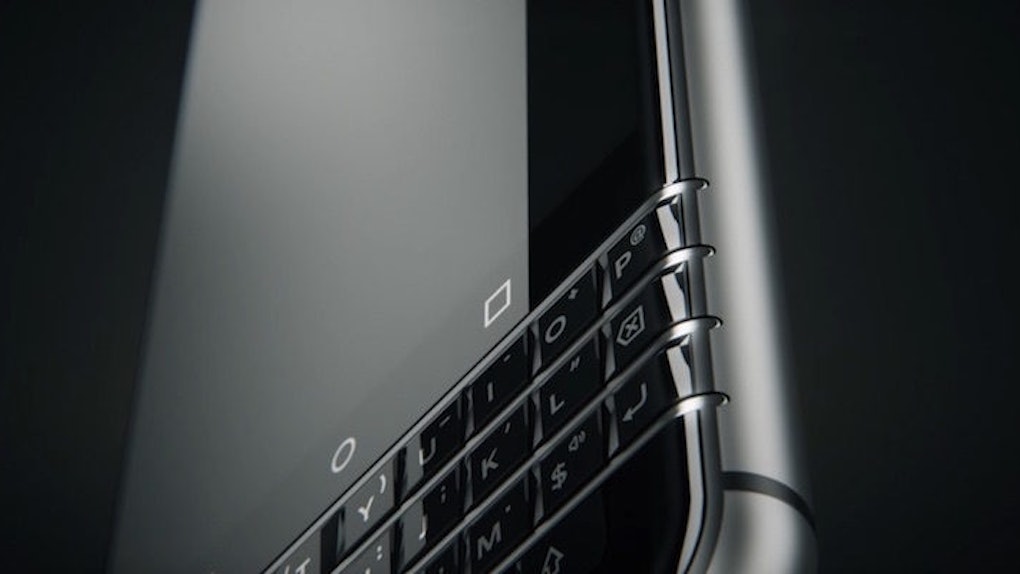 BlackBerry Is Releasing New Phone In 2017 Called The 'Mercury'

What goes around, comes around... right?

At least, that's what we're used to. Recently, we witnessed the comeback of choker necklaces, crop tops, Ashlee Simpson and Avril Lavigne.

So basically, we're living in the early 2000s again.

But do you know what else is making a nostalgic comeback?

Yup. Say adios to iMessage and refine your BBM skills: You're going to need 'em.

According to Mashable, a new BlackBerry model will be released in 2017. It's called the "Mercury," and it seems pretty damn cool.

Apparently, a giant Chinese tech branch called TCL will be releasing the BlackBerry smartphone this year, and it'll surely take you on a trip down memory lane.

However, it's definitely not the same BlackBerry model we owned when we were younger.

Sure, it'll still have the good ol' QWERTY keyboard. But this model seems much more impressive than its ancestors.

Steve Cistulli – the president of TCL Communications in North America – spoke about the upcoming phone in a statement.

We look forward to unveiling details around this distinctly different and impressively designed BlackBerry smartphone around the Mobile World Congress timeframe next month.

It's been reported the model will "offer the most complete end-to-end smartphone security available on Android."

This isn't the first time BlackBerry has tried to make a comeback, though.

Last year, TCL Communications Technology allegedly tried to bring back the BlackBerry name in a new Android phone, but the release wasn't as popular as they had hoped it would be.

But maybe with the new updates and improved model, the BlackBerry phone will become all the rage once again.

As a tried and true Apple user, it's going to take a lot for me to switch to Android. But who knows? Maybe the BlackBerry will finally change my mind.