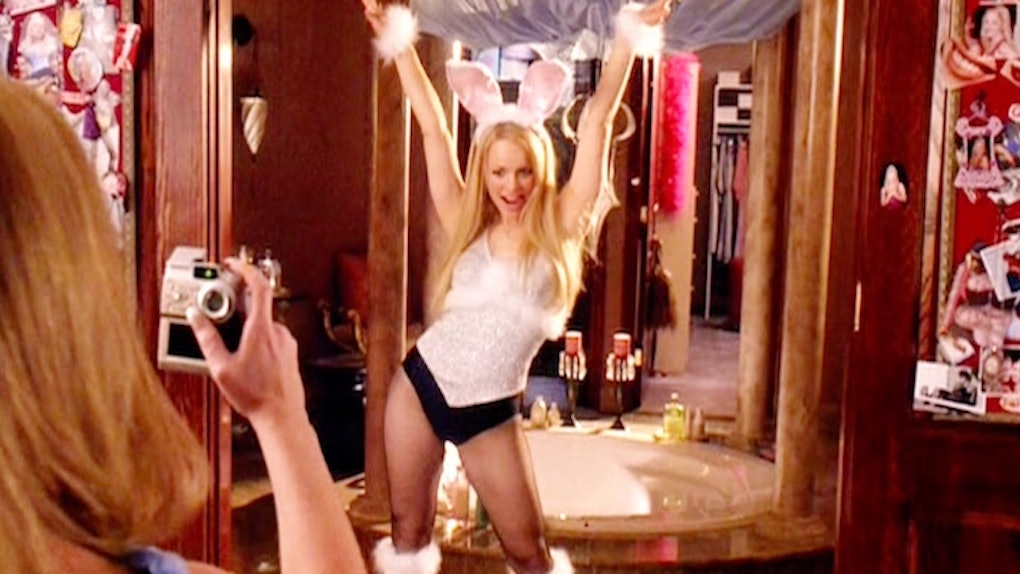 I love to really let my slut flag fly on Halloween. Like, the only difference between my lingerie and my Halloween costume is ears.

Except the lingerie I wear on Halloween is much more fetishy than the prim, French lace bras I wear normally.

Recently, there's this new trend where girls smugly say things like, "Oh, I don't need to show off my body for Halloween," and then hide their plush, pretty skin and thighs in some furry bear costume or other full-coverage shit.

Of course, these kinds of girls are usually insanely gorgeous and feel really good about themselves because they're not using Halloween as a time to "show off" their beauty. Their confidence runs deeper than that, everyone. Didn't you know?

It's not so much that I really care what any girl wears on Halloween. Rather, it's more that I'm sick of hearing girls who wear the funny costume go on and on about it. We get it, girl. You're going to cover up and dress as a hot dog. Do you want a fucking medal?

I'm sick of hearing girls who wear the funny costume go on and on about it.

It seems they're always looking down on girls like me, who want to wear something scandalous and sexy for Halloween.

Listen up, pretty girl dressed as Big Bird: I'm not judging you, so quit judging me for my ripped fishnets and cleavage. These were expensive fishnets, and I CHOSE to rip them because I'm trying to be the sexiest, most authentic version of the character I'm dressed as.

And I don't have big boobs, so I had a blast stuffing my bra with tissue, thankyouverymuch.

We live in this bizarre society that glorifies Victoria's Secret models who pose in their underwear. But the second a real girl decides she wants to be overtly HOT, she's suddenly deemed a giant show-off, flaunting her sexuality for attention. You just can't win.

But is that really so terrible? I'm a sexual creature. Sue me.

Let me really throw myself into the line of fire, because at this stage in the game, I'm used to the internet burns: Sometimes, I think some (I said SOME. Some is not "all.") of the girls who go out of their way to look wildly unattractive on Halloween may not be as empowered as they'd like you to believe.

They're afraid of being judged as "easy" by men or of being judged by women who think they're dressing to get attention from men. And both of those fears still let the man win.

If your costume is one massive statement that YOU DON'T CARE ABOUT THE ATTENTION, you're still submitting to the male gaze.

To be honest, I'm doing Snow White's legacy justice by showing her as a multifaceted, sexy woman, not just some girl in a long dress and a bob.

Just thoughts, babe. Just thoughts. Feel free to message me on Facebook, and tell me what a vile slut I am.