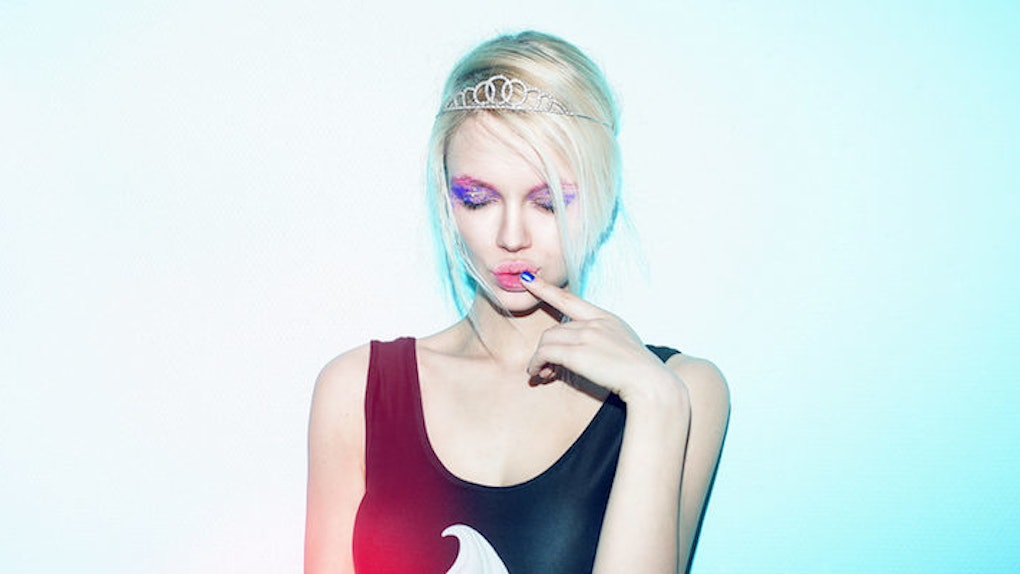 When I was a kid, I was convinced that the word "slut" was a terrible, terrible word.

She had been the most popular girl in school and the moment she was labeled a slut, she became a leper no one wanted anything to do with. She got really, really skinny during that time and was later sent away to rehab for an eating disorder.

I didn't understood the pain she was in until it happened to me.

In the eighth grade, some greasy-faced 13-year-old decided I was a slut and I lost my friends overnight, too. I became a target of incessant bullying and was afraid to go to school for an entire year.

Being harassed for your sexuality makes you feel like you're walking around naked. Our sexuality is the most vulnerable part of who we are. It's such a raw part of our humanity, so when we're made to feel ashamed for it, it's like being tossed on to a stage during a cold school assembly without clothes, being examined by a sea of strangers' eyes who gaze at you with the removed intensity of a piece of meat they're contemplating eating or tossing into the trash. It's enough to shut your entire sexuality down. Why do you think so many girls who have been sexually traumatized have eating disorders? When your body is an unsafe place, you just want to fade into nothing until you disappear.

What does a slut even mean now? That you enjoy sex and have a lot of it? That you like to wear revealing clothing? That you wear push-up bras and love to feverishly make out with people in bars? Who the hell cares what a woman likes to wear or how many people she wants to take home?

And it's no one's business why a girl is sleeping with loads of people either. It's between her and her therapist. If she's sleeping with every boy on the block because she's traumatized or desperately seeking affection, why is that our concern? Why does anyone give two shits about how a girl dresses or who she sleeps with?

Which is why I like to use the word "slut" with great affection. I think it's really powerful when a group of people get together and reclaim a word that's been historically used against them. Let's put the power back in the hands of those who deserve it.

When I call you a slut, I mean you're a gorgeous person oozing with sexual energy. And it's a beautiful thing to ooze sexual energy because it means you're tapped into your sexuality and that's a wildly empowering place to be, kittens.

When I call myself a slut, it means that I'm in a phase of my life where I feel like a sexual being, and that's always a good thing. Because when I'm depressed and feel like nothing but a shell of myself, my sex drive is the first to go. Because my sex drive is me at my core. I'm an empty vessel without it, and that's what depression feels like for me: emptiness.

When I say slut, I say it in honor of all the girls who have been or are currently being tormented with that word. Because I think being a slut is a bold and beautiful thing and women who do bold and beautiful things are always going to be seen as "threats" to the patriarchal system. So they'll try and tear you down and make you feel ashamed for the most pure, powerful part of YOU: your sexuality.

Let's not let them use any sexual words negatively. I think the word pussy is amazing (we wouldn't be alive without the pussy, babes). I say dyke all the time because you know what? I am a dyke and I love my dyke life. I'm proud of it. And we all know that I think the word slut is the best of them all.

So if someone calls you a slut, instead of being offended, sweetly thank them. Nothing in the world unravels a bully like you taking their nasty words as a compliment. Nothing pisses off an asshole more than you standing strong as they attempt to knock you down. And remember, it is a compliment. Because being a slut means you're a powerful, sexual creature and why the hell would that ever be a bad thing?

I'm not going to let any trolls take my beloved word away from me. To stop using the word slut would be to let the fuckboys win, and I'm passionately committed to a lifestyle of not letting the fuckboys win. And it's healed the 12-year-old girl inside of me who was harassed and terrified to go to school and if she's not gloriously happy, a massive piece of me is suffering alongside her.

And life's too damn short and too damn beautiful to suffer.