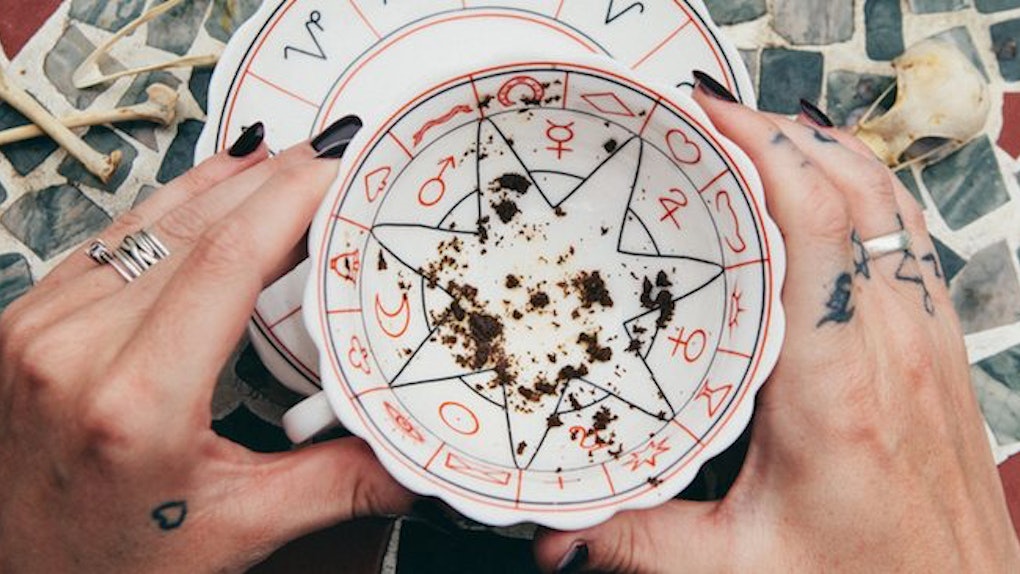 What Are Aspects In Astrology? How To Understand The Way Your Planets Work Together

On the most basic level, astrology is about a symbolic relationship between the planets and ourselves. In order to understand that relationship, however, we have to first look at the planets' relationship with one another. Today we'll focus on how to interpret aspects to give yourself a professional-grade horoscope reading. So what are the aspects in astrology, and what can they teach us about our own charts? It's kind of like therapy; in order to gain a deeper insight into who we are, we first consider our relationship to our parents. Then to go a little deeper, we look at our parents' relationship with each other and how that helped formed our basic understanding of the world and our place in it. Got it?

You'll often hear astrologers talk about the aspects when they say things like, "Jupiter is opposing Uranus this week," but that's astrology shorthand. Whenever we talk about planets in astrology, we're talking about that planets' position in the zodiac, which is to say, the sign that planet is in. So when astrologers say "Jupiter is opposing Uranus" what they're really saying is, the sign Jupiter is in (Libra) is in opposition to the sign Uranus is in (Aries, because Libra and Aries are opposites.)

You getting this now? The aspects are the detailed explanations of the relationships between planets (and the signs they currently reside in), and knowing these details will help you understand the subtle nuances not only of your own birth chart, but of your horoscope.

Conjunction is a harmonious aspect; in general it means that there's an immediate connection that works in one way or another. If your sun sign is "conjunct" another person's sun sign, it means your personalities will immediately work with, rather than against one another. If your sun is conjunct another person's Mercury (the communication planet), it means that you will have an easy time understanding their thought process, even if their actions don't make any sense to you.

An opposition is usually regarded as dynamically disharmonious. The opposition actually has a motivating effect on people, though. Think of it as the love/hate aspect. When you meet someone you love deeply and know deeply, they can often grate on you. If there's opposition between two people, the tension can lead to positive results if both parties are willing to communicate.

In a natal chart, having an opposition between two planets depends on what you make of it, but ultimately if internal conflicts are overcome, it works to benefit the individual in a massive way.

A square is known as a hard aspect. It results when two planets are in signs that are 90 degrees apart and share the same quality (cardinal, mutable, or fixed) but nothing else.

Squares lead us to the breaking point, as the problems they bring up just continue to come up until we are forced to address them. These problems come from two completely different energies attempting to move in two totally different directions with the same amount of force. Let's say someone's Mars is square Venus in their birth chart; this person's sexual desires (i.e. spontaneity and independence) would run completely contradictory to what they need in a relationship (i.e. stability and family).

The planets involved in a trine work together and enrich each other in a complimentary way, and the person or persons who benefit from this aspect are given a cosmic gift. If your Venus is trine another person's Mars, for instance, your sex life will be off-the-charts good, and your home life will be harmonious as well — and in an effortless, almost lucky way.

The sextile occurs when two planets are two signs apart, and the energy this aspect brings to these two planets is one of ease and cooperation. It's not exactly the strongest of aspects, but it's a friendly one. I like to think of this aspect as if the planets involved are exchanging fun and friendly small talk at a party. Two planets that might be completely different energetically are able to cooperate more easily when they're engaged in a sextile. (Sounds sexy, huh?)

There are more aspects than these, but here we've covered the most major ones here. Next time you take a look at your birth chart, analyzing the aspects between the planets in your chart will take all the black-and-white out of your interpretations, and you'll have a more nuanced, layered analysis of your chart. It'll be one that's just as layered and nuanced as your personality in life.