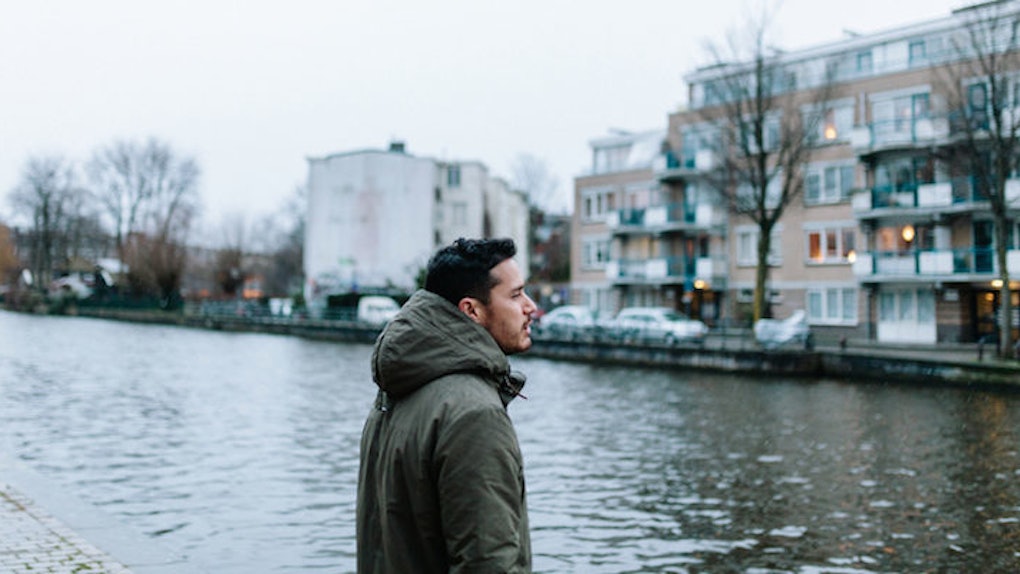 Reasons Pisces Are The Most Difficult People To Understand

As a Pisces, I can tell you pretty confidently that we're a pretty tough group to read.

Don't get your panties in a bunch, though — I love myself and all my fellow Piscean friends, but you have to admit, you either have no idea what's going on in your Pisces-friend's head, or you are the Pisces who constantly feels misunderstood.

Well, I have good news!

You're not alone, and you can thank your sun sign for all that confusion.

Here are 10 reasons why no one understands a Pisces, and why that is totally okay:

Being that Pisces is the last sign of the zodiac, those born under this sign have a mix of characteristics from all the eleven preceding signs.

This means that Pisces are somewhat at a constant battle in choosing how to feel and that non-Pisces have an extra hard time figuring out how one feels.

Pisces are pretty indecisive, even with the silliest of decisions. However, they are also very open-minded. A Pisces is the friend who always says yes, even if it means he or she has to cancel later (guilty).

This battle of characteristics force Pisces to think before feeling. Yes, Pisces can be quite impulsive, but they think before they act first even if it doesn't seem so.

Being this way means they are always willing to try new things at least once.

Pisces are constantly looking for new things, but don't let this offend you; they are most happy when they have someone along side them, experiencing these new things as well.

A Pisces would most successfully be in a relationship with someone who is just as stir crazy and up for anything.

If a Pisces feels trapped, he or she will most likely revert to his or her impulsive side and jump at the first opportunity for change.

3. They are compassionate and charitable.

Did anyone else cry while watching the new GE commercial? I did.

It can seem like a Pisces' compassion even for strangers is a little over the top, especially in this world. But, it really is a good thing and it's totally genuine. When you need someone to be compassionate with you, you've got it.

4. They have trouble distinguishing reality from fantasy.

Pisces are, at heart, dreamers. Jupiter and Neptune, the latter of which represents illusions, rule them.

Pisces shift from goal to goal and sometimes, those goals may seem impossible. To a Pisces though, the goals are as close to reality as it gets. Silly fishes.

Pisces are extremely empathetic. Sometimes, they place another's emotions over their own, and this can be chaotic because they are then left to fester in their own ignored emotions.

This is also great because if you ever need a shoulder to cry on or genuine advice, a Pisces will selflessly give it.

6. They can only think straight when they're alone.

Locking yourself in your room for an hour usually means something is wrong, right? Not necessarily for Pisces. If they are socializing 24/7, they are probably on autopilot.

A Pisces needs to take time to him or herself to gather thoughts and feel productive.

7. They are inherently introverted.

This basically means that they are always trying to surround themselves with new people, but they don't know when those people switch from new people to actual friends.

A Pisces finds it difficult to be his or her full self around people to whom he or she doesn't feel close.

This can come off as fake or closed off, but in reality, it is most attributed to a Pisces' innate curiosity about other people's lives and stories. Excuse Pisces and their many questions.

8. They accept literally everyone.

This has gotten me, personally, in a bit of trouble. A Pisces assumes the best in all people. In fact, it was probably a Pisces who coined, "innocent until proven guilty."

A Pisces-hosted party is an interesting sight — people of all walks of life are welcome, as far as a Pisces is concerned.

9. They're a little oversensitive.

And by a little, I mean a lot. Words cut deep with Pisces, so this might be why your Piscean friend hasn't been as chatty lately.

Be careful with your words and be honest with how you feel because Pisces are also sensitive to others' emotions. If you're feeling stressed, a Pisces can feel it. Trust me.

... And they look for it in everyone. If you feel like a Pisces looks up to you, it's probably because one does.

Without a role model, a Pisces feels lost and usually can't decide what his or her next goal or step should be.