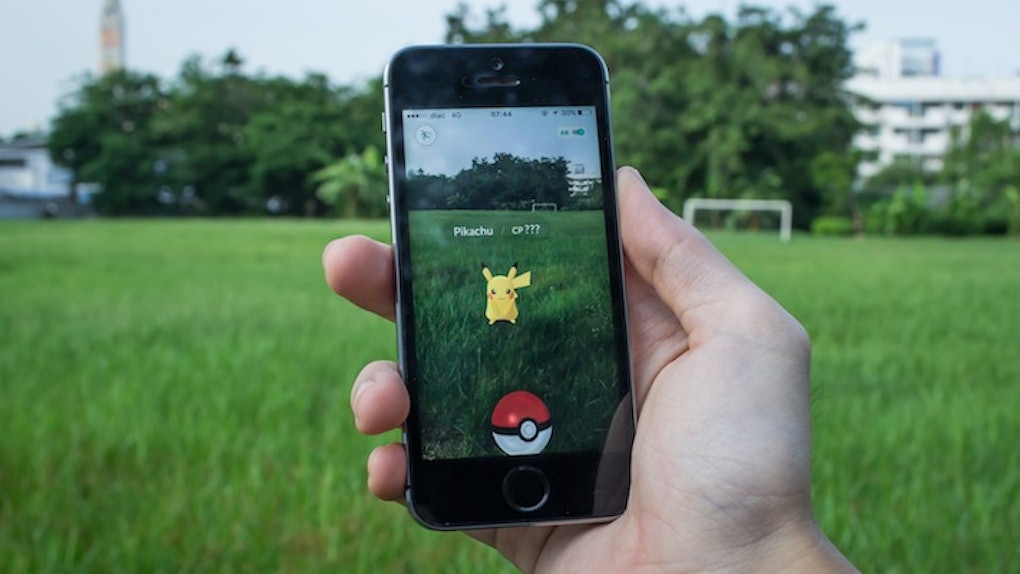 By now, you've heard about the world's obsession with Pokémon Go, a mobile gaming app for iOS and Android devices that allows children and adults to literally walk around outside and capture Pokémon.

For kids, this seems like a pretty awesome reason to go outside without putting down your phone. For adults, Pokémon Go is a great reason to revisit the best segment of our childhoods without looking like complete jokes.

I mean, this Pokémon Go thing is BIG. Guys are using it to meet women. The Department of Homeland Security has issued several safety warnings about it. On June 12, the Associated Press issued a statement regarding the correct usage of the actual word "Pokémon" in written material. Even John Mayer can't stop playing it.

You don't need me to tell you how much of a fucking craze it is -- go outside and see for yourself. Almost every single person you encounter is playing this damn game.

But why?! Why did Pokémon Go just suddenly become a thing. It's so random. So out of the blue... So strange.

1. The US government is using Pokémon Go as a surveillance tactic.

There are a ton of strange conspiracy theories surrounding the release of 2016's hit mobile game Pokémon Go -- but this has to be the most common one out there. Some people actually think the government is using Pokémon Go as a way to spy on civilians using the intricate, detailed GPS data recorded as gamers navigate their way to Pokémon masterdom.

The fact that the servers powering Pokémon Go continue to fail, and only grants users access using their Google accounts, has only helped support this theory.

2. Pokémon Go was timely released to get people away from the news.

Let's be real. The rise of Pokémon Go happened at the same exact time as the recent horrific events that took place around the United States regarding police brutality, racial injustice and racism in general. Side effects of the incidents include the praise of inhumane ideology circulated by media outlets.

Some users believe the game was released as a method of distraction from partaking in protests and riots, as well as the general news coverage surrounding the tragic events.

3. The US government worked with Japan to make Americans lose weight.

This one's pure comedy. Apparently certain Pokémon Go players believe the United States teamed up with Japan to come up with a good way to get Americans to lose weight. As a result, Pokémon Go was created and now even your grandma is running around outside with her iPhone in low power mode!

Hey, you never know. I mean, have you LOOKED at your step counter lately?!

4. Michelle Obama is behind Pokémon Go and wants all kids to go outside.

It's pretty sad that the only way to get people outside and away from technology is to use MORE technology. Conspiracy theories continue to float around stating Michelle Obama has something to do with Pokémon Go and that it's all part of her plan to get kids to go outside and see the world.

Michelle Obama is known for her strong stance on the youth's social media and technology habits.

5. Pokémon Go is all part of major mobile carriers' plans to charge you ridiculous amounts of money for your data usage.

Common feedback from Pokémon Go players is that the game is eating up all of their data. Therefore, more than a handful of gamers out there believe Verizon, AT&T and other mobile carriers have something to do with this data-devouring Pokémon Go game...

As for my personal theory behind the creation and release of Pokémon Go -- well, I believe the game was created to get us all outside for a little fresh air. And the only way to do that is to reintroduce a game we've been playing since 1996 that now only works outside.