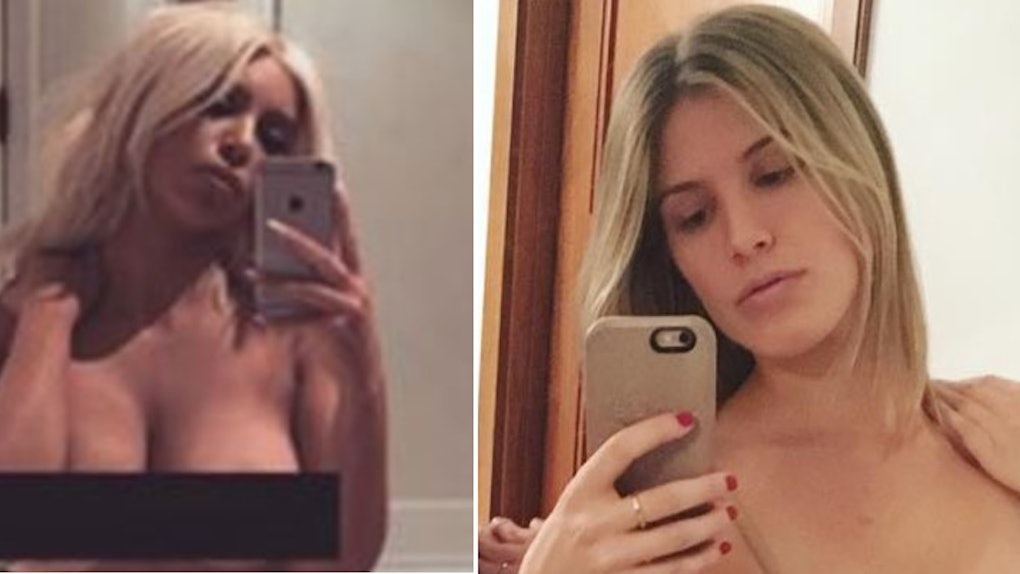 Well, Kylie Jenner's epic Christina Aguilera costume was cool and all, but tennis player Genie Bouchard might have won Halloween, too.

If you're not familiar with the 22-year-old tennis star, you're certainly about to be.

Genie, whose full name is Eugenie Bouchard, is a Canadian athlete with a passion for tennis and a knack for coming up with brilliant Halloween costumes.

In the past, she's shown off numerous costumes that are sure to put every costume you've ever worn to shame. This year, she topped her past costume creations with a spot-on impression of Kim Kardashian's nude mirror selfie.

But first, let's take a look at her Halloween costumes before 2016.

Meet Genie Bouchard, a 22-year-old Canadian tennis player with a gorgeous smile and a passion for winning big.

When she's not "winning big" on the tennis court, she's winning big with her epic Halloween costumes. Last year, she was Bowser.

Before that, she dressed up as Rosie the Riveter.

This year, she outdid herself by recreating Kim Kardashian's epic nude mirror selfie. Here's the original.

Here's Genie Bouchard's. She nailed it!

She also posed with a friend to recreate Kim Kardashian's steamy pic with Emily Ratajkowski. Here's the original.

Here's Genie's version. Once again, she nailed it!

After snapping her photos for the 'gram, Genie showed the world what her fake Kim K. boobs were really made of.

The 22-year-old tennis star wrapped up her Halloween festivities with a sexy Catwoman costume.

So, aside from a bunch of Instagram likes, what exactly did Genie Bouchard get in return? Fans dressed up as HER.

It's a win-win situation!

Genie Bouchard isn't the only one who dressed up as a Kardashian for Halloween. Earlier last month, a pair of adorable twins made headlines after their super-creative mom dressed them up as Kim and Kourtney.