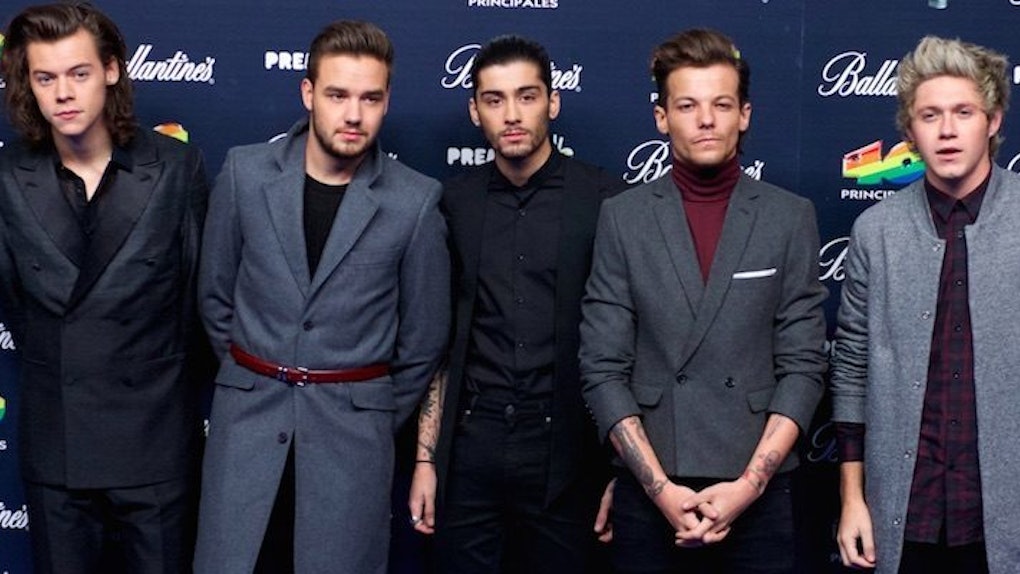 Zayn Malik Said He 'Always Wanted' To Leave 1D, And Fans Are Losing It

Say what you will about Zayn Malik (seriously, say it, see if I care), but the guy has impeccable timing.

Zayn has a keen ability to drop bombs before major career moves.

Remember last summer when his brutal breakup with Little Mix singer Perrie Edwards coincided with the announcement of his solo deal with RCA Records and Little Mix's US visit?

Buzz over the breakup bolstered his career news and gave Perrie a way to appear relevant and relatable during media appearances (including, but not limited to, "The Late Late Show with James Corden" and a live-streamed performance) that followed soon after the split.

Regarding his time as a member of One Direction, the 23-year-old musician reportedly told interviewer Zane Lowe,

I just gave it a go because it was there at the time... From the first year, I never really wanted to be there in the band.

The singer claimed 1D's style was never for him, adding,

When I realized the direction that we were going in, mind the pun, with the music, I instantly realized it wasn't for me. How do you write a song from five people's perspective?... I think the boys knew that in terms of the music, that wasn't my cup of tea.

Of course, Harry, Niall, Liam and Louis tried their best to keep Zayn in the band to no avail.

When I was leaving the band, they didn't want me to leave, but I'd already made up my mind at that point.

Sigh. It feels a bit like breaking up and hearing your ex never loved you, anyway.

Stop breaking all our hearts, Zayn. You can change the lineup of One Direction, but leave us with our fond, hazy memories of the way it used to be.