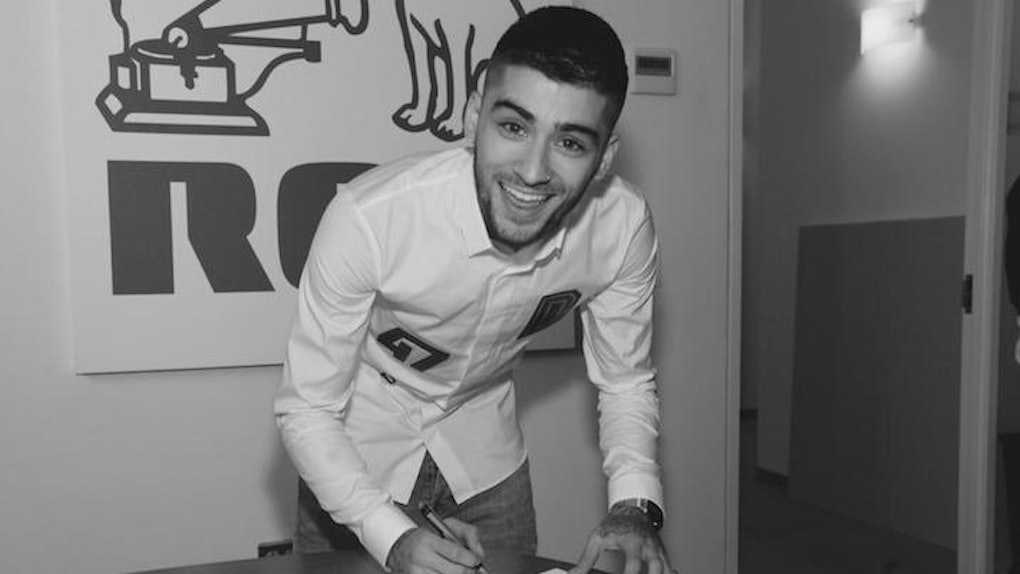 One Direction fans, rejoice: You have finally received some closure.

Just as Jesus wandered the desert for 40 days and 40 nights, One Direction fans were left for over 150 days to suffer the mysterious loss of Zayn Malik from the group.

Until now, Zayniacs lived without answers, but on Wednesday, Malik announced via Twitter he signed with RCA and plans to strike up a solo career.

I guess I never explained why I left , it was for this moment to be given the opportunity to show you who i really am! #realmusic#RCA !! — zaynmalik (@zaynmalik) July 29, 2015

Evident here is Malik's "real music" hashtag, which suggests, until now, the music he had been making was not up to his personal standards.

The jury's out on whether or not this is actually a dig at One Direction, but it's reassuring to know Malik's new album will not be full of "pretend music."

Despite hashtagging the record company in his initial tweet, Malik followed up with a photo of himself for the skeptical followers.

Producer Simon Cowell, who played a large part in assembling One Direction and guiding them early in their career, tweeted in support of the new solo artist.

We have been working on this for a while and I am pleased to say congratulations to @Zaynmalik on signing with @RCARecords — Simon Cowell (@SimonCowell) July 29, 2015

I believe they are the perfect label for @ZaynMalik's solo career and I am sure whatever they release together will be special. — Simon Cowell (@SimonCowell) July 29, 2015

Though there is unsubstantiated talk of Malik being unable to release music on his own for two years, a demo of the artist's new work was leaked on the Internet shortly following his big announcement.