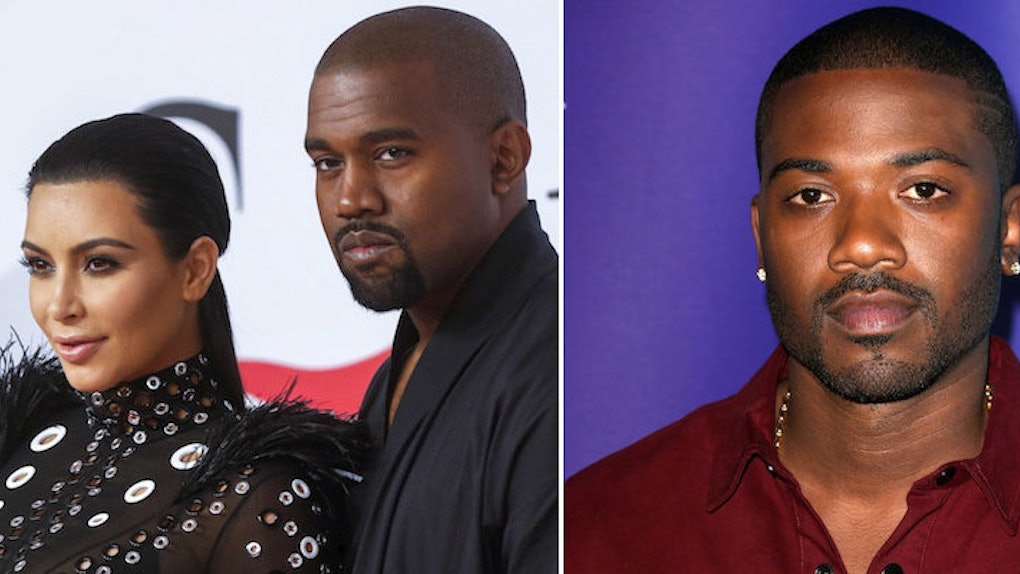 Unsurprisingly, Ray J wasn't too happy when he logged on to Tidal and saw his own naked body lying next to the naked body of his ex Kim Kardashian.

The video featured weird, naked wax figures of Taylor Swift, Amber Rose, Ray J, Caitlyn Jenner and a whole slew of other entertainers and politicians in a bed together, along with Kanye and Kim K in the flesh.

Ray J, the 35-year-old singer famous for his sex tape with his former girlfriend Kim K, told Entertainment Tonight he did not appreciate his image being used in the Kanye video.

When asked his opinion at the 2o16 BET Awards on Sunday, he said,

I'm engaged. My marriage is all messed up 'cause of craziness. I'm not part of nothing crazy. I walk down a good path. My fiancée tripping. It's all bad in my world, and that ain't cool. Don't put me part of nothing that's weird, that don't make no sense. Can I grow up?

Entertainment Tonight reports Ray J has been engaged to his fiancée Princess Love for five months. Presumably she also wasn't very happy to see her husband-to-be naked with his ex.

Poor Ray. Kanye already called him out once in Life of Pablo, in the lyrics of his song "Highlights."

Ray J's not the only one who has a bone to pick with the controversial video. A source told Hollywood Life Taylor Swift is "furious" at Kanye for using her image in such a way and is planning "her next move."

Well, hopefully Kanye has a good lawyer on speed dial.

Watch the "Famous" video below.