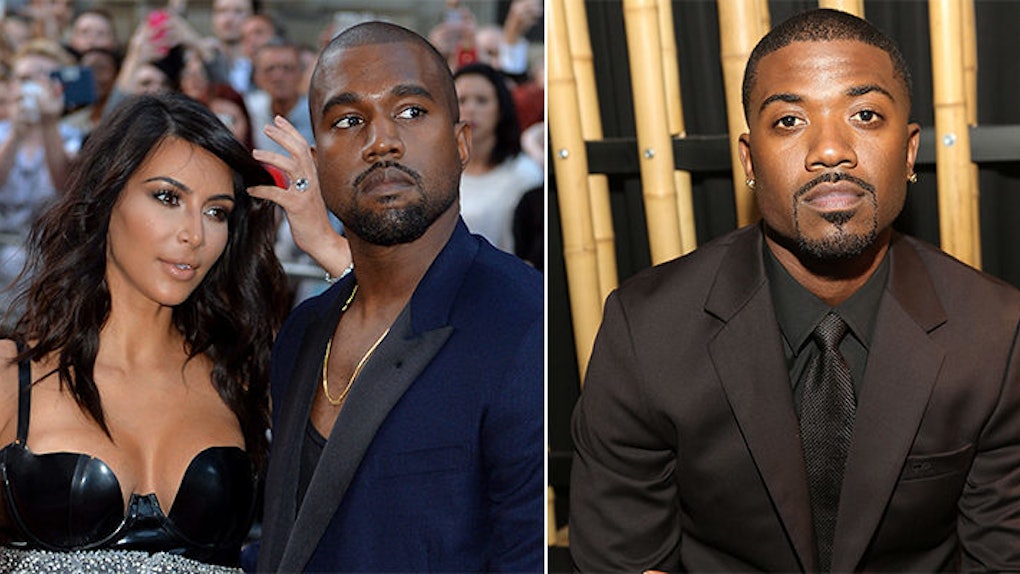 Tired of hearing about Kanye West yet? Well, me too, but misery loves company, so here we go.

When we all woke up this morning, the Internet was all aflutter over Kanye's lyrics dissing Taylor Swift.

Kanye, in peak Kanye fashion, then explained in a series of tweets he was not, in fact, dissing Taylor because he lives in a world of Kanye logic, remember?

The lyrics under scrutiny, by the way, are in his song "Famous."

In the song, Kanye says,

OK. Sure, Kanye. It's not a diss. Whatever. Taylor can handle herself. But Taylor's not the only one feelin' the weird Kanye love -- he also calls out Kim Kardashian West and Ray J, Kim's ex, on the album.

I bet me and Ray J would be friends / If we ain't love the same bitch / Yeah, he might have hit it first / Only problem is I'm rich.

The "hit it first" line references Ray J's own song from 2013 called "I Hit It First," which, yes, is all about how Ray J "hit it" before Kanye. ("It" being a living, breathing woman named Kim. You know, if you want to get humane about it.)

Well, it's nice Kanye can feel the potential for brotherly bonding with Ray J over their shared objectification of a woman. That's a classy move right there!

It does seem a little weird to bring up a 3-year-old song basically all about his wife's sex tape.

But, if Kanye West made smart, respectful decisions, he wouldn't be Kanye West, would he?