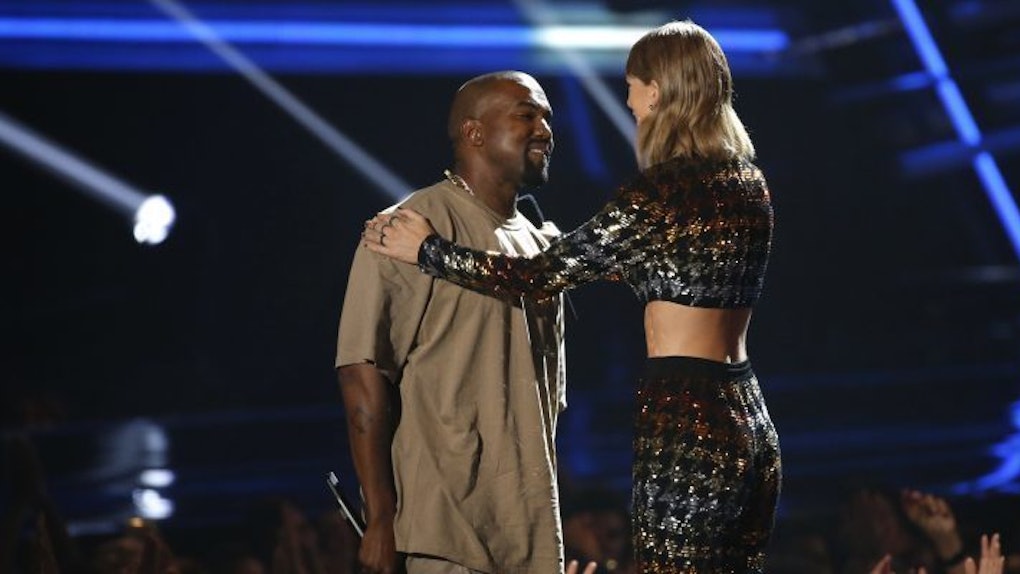 In the wake of the release of Kanye West's latest video, a visual for his song "Famous," much of the reaction revolved around the question of how Taylor Swift and other celebrities featured in the production might feel about the way they were depicted.

The video depicted a scene that showed 10 celebrities naked, all in one bed with Kanye and Kim Kardashian West.

There's just one problem: No one's exactly sure whether Kanye even got permission from the celebrities themselves. And if one recent report is true, it looks like he definitely didn't get an OK from Taylor Swift.

A report from Hollywood Life cited an anonymous source who spoke about Taylor's reaction to the video.

According to the report, the source said,

Taylor is furious after seeing Kanye's video. She feels like she's been assaulted. She knew he was unpredictable but didn't think he would go so far. She's strategizing with her team as to what her next move should be.

The source also told Hollywood Life Taylor is "weighing her options" and suggested that responding to Kanye in a song wouldn't be enough of a rebuttal from Taylor.

Whether or not that source speaks accurately of T-Swift's feelings on the video remains to be seen, but one thing that's for certain is the 1989 singer definitely has cause to be angry.

While some might regard Kanye's video as brilliant art, others see it as a grotesque, disrespectful and intrusive gesture.

All things considered, it looks like Taylor Swift concurs with these sentiments, too.