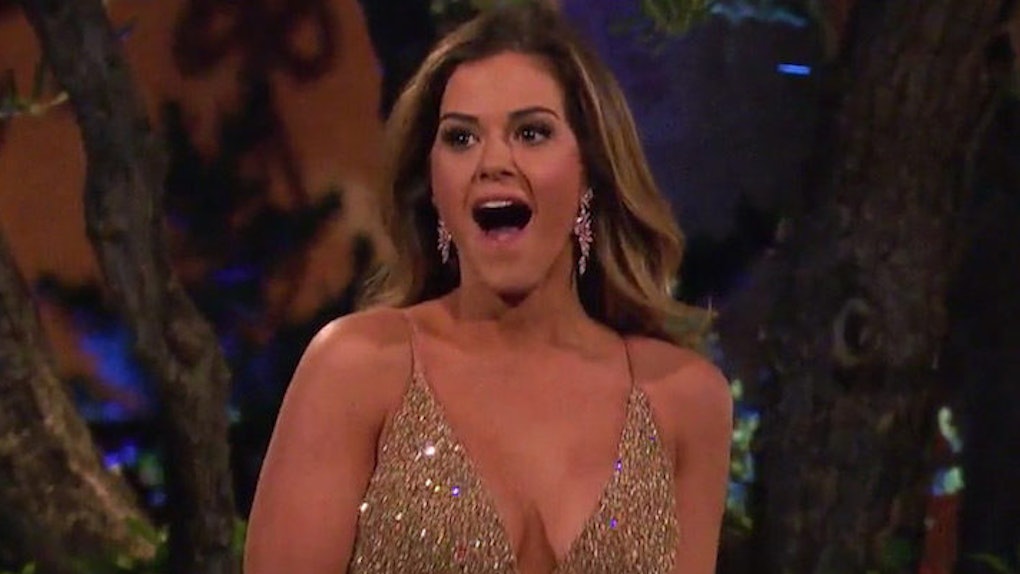 JoJo Fletcher Reveals Her Surprising Pick For The Next 'Bachelor'

Monday night, following JoJo Fletcher and Jordan Rodgers' engagement on the finale of "The Bachelorette," all of "Bachelor" and "Bachelorette" nation expected host Chris Harrison to reveal who the next "Bachelor" is going to be.

However, after making it all the way to the end of the "After the Final Rose" show, Harrison left fans feeling angered and confused by not revealing the identity of the next "Bachelor."

It appears the show's loyal viewers are currently having a major meltdown amid speculation over who the next "Bachelor" is going to be, with many hoping "Bachelorette" finalist Robby Hayes is the pick.

However, according to JoJo Fletcher, the next "Bachelor" should be Luke Pell.

You remember Luke, right? He's the war veteran from Texas who stole everyone's heart on this season of "The Bachelorette," except for JoJo's.

If you ask me personally, I think both Luke and Chase [McNary] are great options. Maybe they could do a double one like they did with Kaitlyn [Bristowe] and Britt [Nilsson]. But Luke for sure.

I think Robby [Hayes] is a great choice, too. But when I sent Luke home, America died. There was an overwhelming amount of support and love for him, and I totally get it.

We did die inside, JoJo. I don't know about you, but I think the 31-year-old Luke Pell would make the perfect "Bachelor" for next season.

DO YOU HAVE ANYTHING TO ADD, CHRIS HARRISON?!

Citations: JoJo Fletcher Thinks This Former Suitor Should Be the Next 'Bachelor': 'America Died' When I Sent Him Home (Us Weekly)