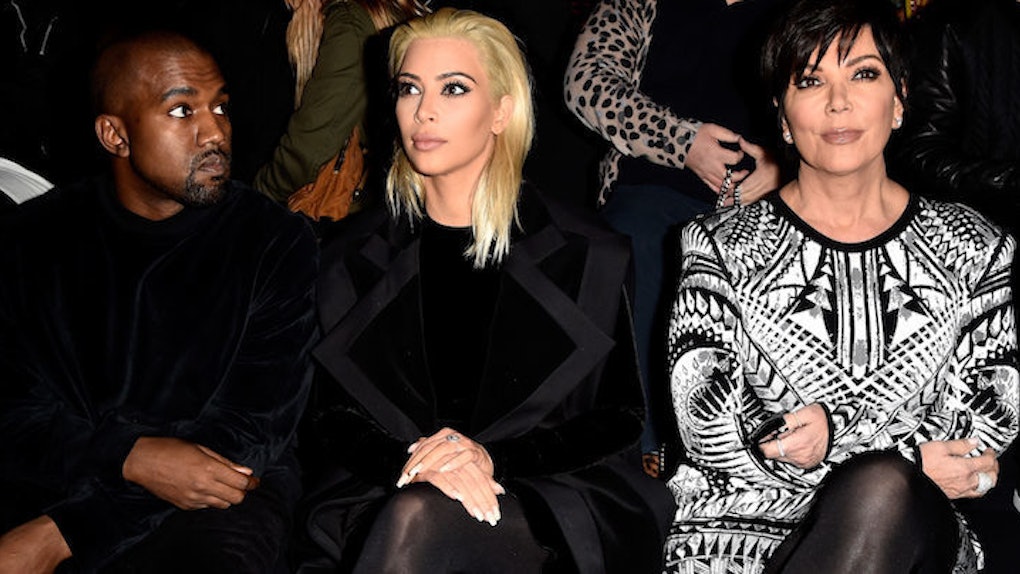 KANYE, HAVE YOU LOST YOUR DAMN MIND?

If you haven't heard about Kanye West's infamous Twitter rants, you're probably a robot. Or an alien.

There's just no way you're a human on this planet and haven't heard them. They're too insane.

It feels like every day Kanye tweets about something new. And when I say "tweets," I mean sends 300 tweets in a row ranting about some bullsh*t.

The guy should just buy a bedtime journal or something. He needs a safe, PRIVATE space to share his feelings.

From Wiz Khalifa and Amber Rose to Taylor Swift -- it feels like Kanye vs. the world right now. Even Kim is done with his sh*t.

Now, Kris Jenner is annoyed with him, too.

His Twitter rants are out of control, and Kris fears that he's taking the family down. Kris wants Kanye to hire someone to handle all the noise and drama so he can focus on being an artist.

Eh, that's not such a bad idea, Kris. I'm personally very qualified for this position... One time, I tweeted, and it got a few likes and a retweet. I'd love to help Kanye out.

Apparently, his team reached out to publicists, but they weren't into it. One top publicist even told Page Six,

You couldn't pay us enough to represent Kanye. He's too much to handle.

It looks like Kris is pretty concerned about what the consequences of Kanye's actions will be and how they'll affect her brand and family.

All I know is I'd love to help Kanye out. Kris, if you can't find anyone else to do it, hit me up. I'll whip him into shape for sure.

Oh, and maybe I could babysit North and Saint? And maybe even get a pair of Yeezys and an album named after me?