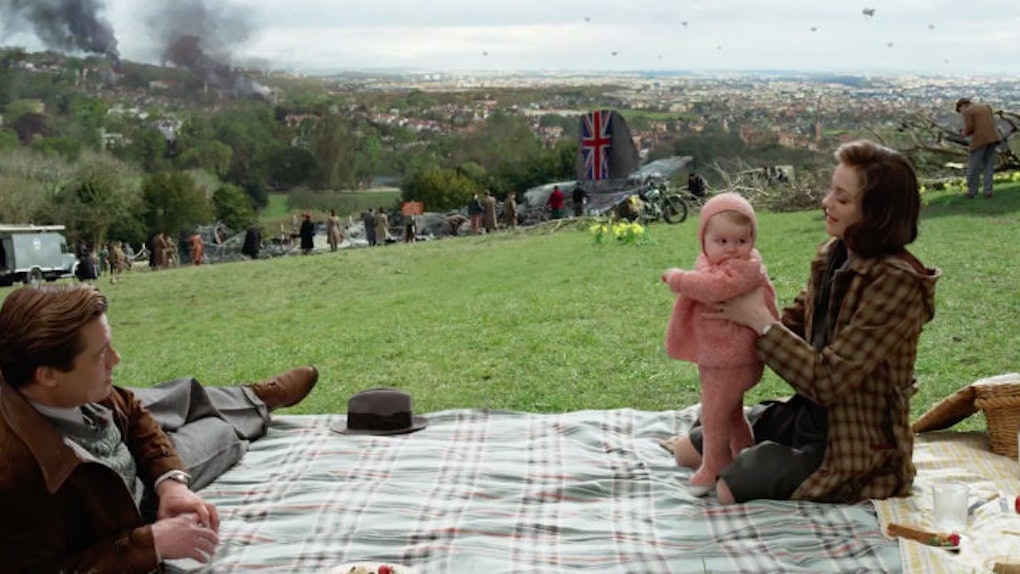 Call it bad timing or a sign, but after Angelina Jolie filed for divorce from Brad Pitt, Paramount Pictures released the new trailer for his film with Marion Cotillard, "Allied."

While the now ex-couple has remained fairly hush about why Brangelina is coming to an end, there are already rumors that Cotillard may have been the cause.

The film is even being connected to the movie that Brad Pitt met Angelina Jolie on, and infamously fell for, "Mr. and Mrs. Smith." Pitt left his wife of five years, Jennifer Aniston, for Jolie.

In "Mr. and Mrs. Smith" the two experienced undeniable chemistry while their spy characters also tried to kill one another.

"Allied" is also about two spies falling in love.

It's a bit suspicious.

While some say Jolie was fed up with Pitt's use of weed, and possible anger issues that affected the children, some say that Pitt was cheating on her with his costar.

If that's true, he certainly has a track record now. Could it be that Brad can't stop falling for his costars?

In both movies it even seems like Pitt and his costars are double-crossing one another. The plot has certainly thickened.

Maybe spies betraying one another but then working it all out in the end is Pitt's secret fetish.

We're sure there will be plenty of rumors and fan theories about the stars' love lives for many moons to come.

"Allied" hits theaters on November 23. It will be interesting to see who will be on Pitt's arm for the premiere.