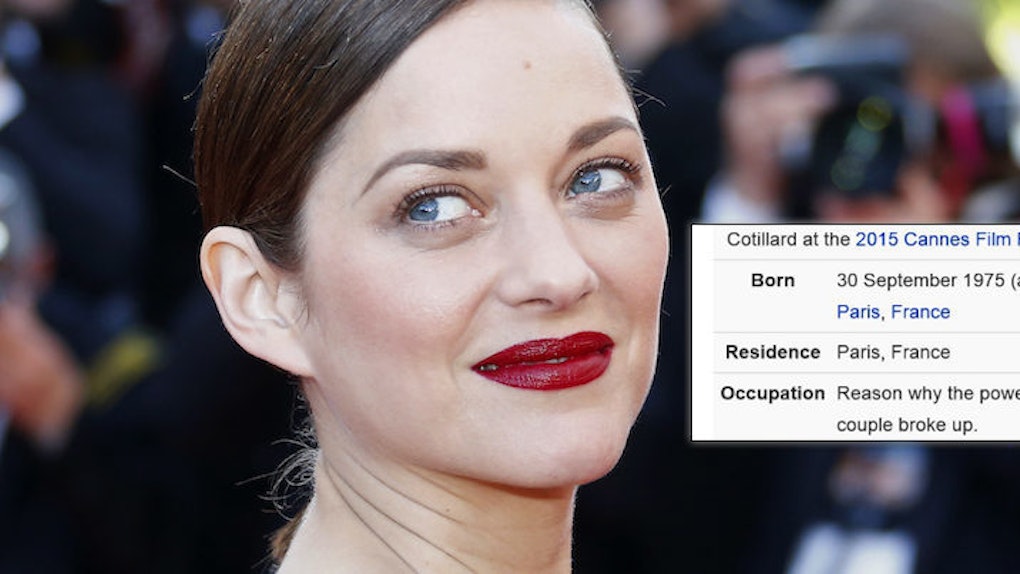 If there's anything I learned today, it's people on the internet are savages.

When news broke about Angelina Jolie and Brad Pitt's divorce, people on Twitter responded in a multitude of ways.

Some people made jokes about Jennifer Aniston, others used Brangelina's split as an excuse to make fun of Taylor Swift.

I guess laughter is the best way to deal with pain?

Things were taken to a new level, though, when someone changed Marion Cotillard's Wikipedia page to tailor to the drama surrounding her name.

There are rumors Brad Pitt cheated on Angelina Jolie with the 40-year-old actress, even though it has not been confirmed.

That hasn't stopped an internet savage from vandalizing her profile.

The first time, someone changed her occupation to say,

Reason why the power couple broke up.

It gets worse, though, folks. The second time, the user changed her job title to simply read,

God damnnnnn. This is brutal.

Marion and Brad Pitt star in the movie "Allied," which hits theaters this November. I guess the film will, uhhh, have a whole new meaning after today.