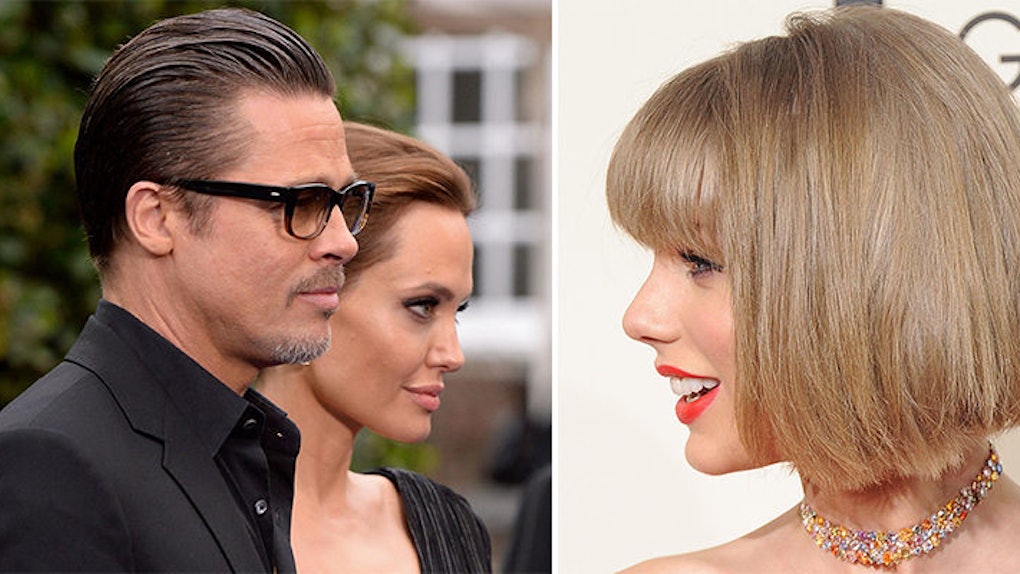 Taylor Swift has made it clear she wants to be "excluded from the narrative" when it comes to drama that doesn't concern her.

So what do people do when Angelina Jolie files for divorce from Brad Pitt?

Drag Taylor Swift into it, of course.

The girl legitimately has NOTHING to do with what's going on with Brangelina, but of course, the internet made her part of it.

When she skipped the VMAs, Twitter exploded. When she wasn't Tom Hiddleston's date to the Emmys, people lost their shit.

Now, when Brad Pitt and Angelina Jolie call it quits, she's at the center of it all. Poor girl.

Let the roast of Taylor Swift begin... I mean, continue.

She's honestly been roasted this entire summer. It started when Kim Kardashian and Kanye West exposed her and it hasn't stopped since.

I don't even know what half of these mean, TBH.

But people are going at her hard and it's brutal.

Perhaps one day everyone will move past the jokes and leave her alone, but it doesn't look like that day is coming anytime soon.