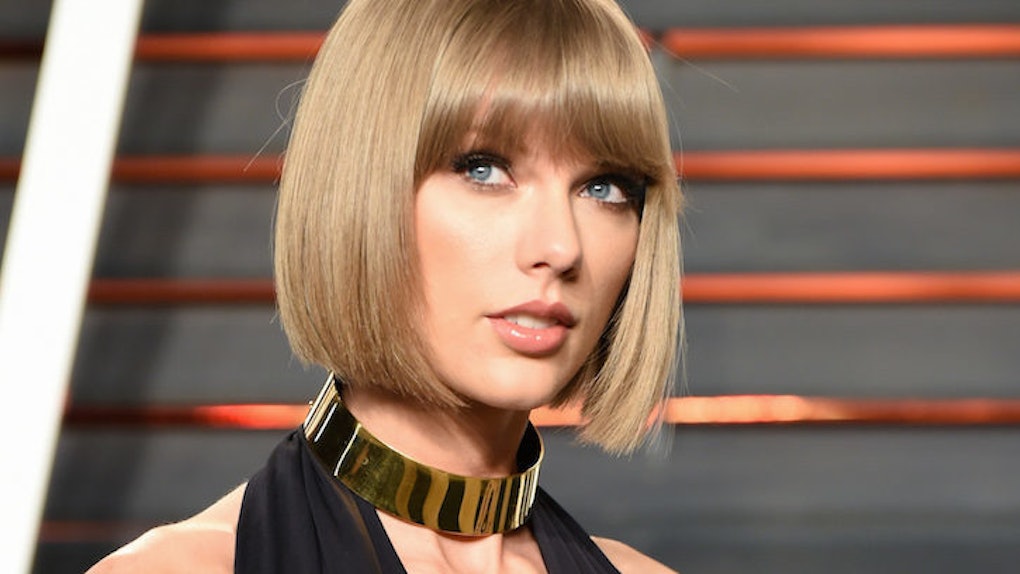 Taylor Swift Wasn't At The VMAs, But Everyone Made Fun Of Her Anyway

The girl can't seem to catch a break, can she?

The 1989 singer unfortunately decided to skip this year's MTV VMAs.

She wasn't nominated for any awards, AND she gathered quite a lot of negative attention in the media lately, so Taylor decided to sit this one out.

You would think that'd be a good call, right? I mean, Kanye West's "Famous" was up for video of the year. Kim Kardashian would be in the audience. The camera would be on Taylor the entire time...

You would think Taylor not going to the VMAs would "exclude her from the narrative" and make people focus on something besides the drama surrounding her and Kanye West.

NAHHHHHH. YOU WERE WRONG, SUCKER.

Taylor Swift may not have been at the VMAs, but she still was the star of the show.

Everyone seemed to find something to say about the singer, even though she wasn't physically in attendance.

TBT that time Taylor Swift and Britney Spears performed together at the #VMAs pic.twitter.com/cf9E6Kn9SR — The Ringer (@ringer) August 28, 2016

Taylor, uh, I wouldn't check social media if I were you.

It seems like no one from Taylor's girl squad showed up to the Video Music Awards. They were probably at a watch party together, plotting their revenge.

SORRY, TAYLOR. I'mma let you finish, but it looks like you're stuck with the drama (and Kanye West) for life.