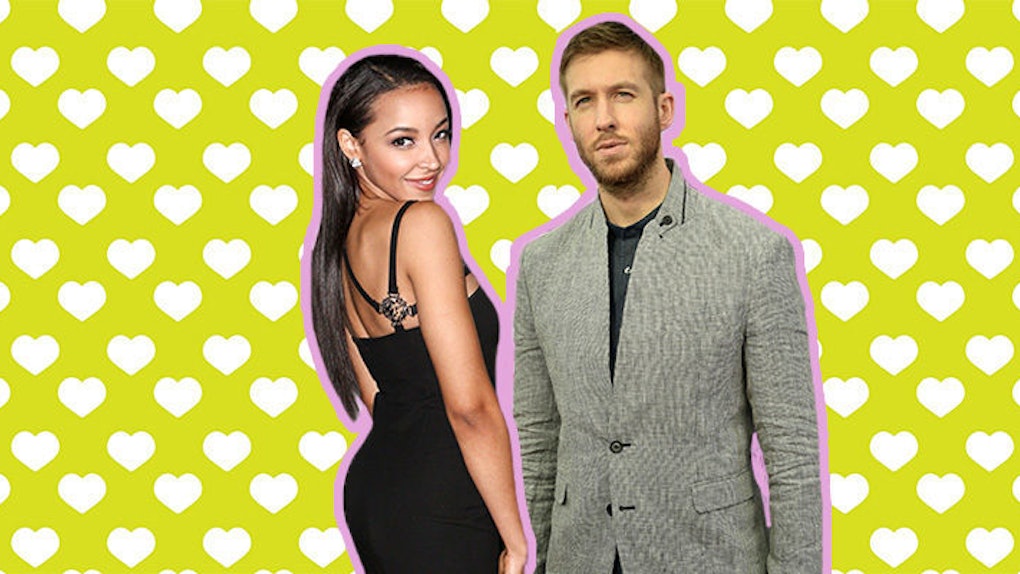 It turns out Taylor Swift can breathe easy because Calvin Harris might not have a new girlfriend after all.

Two weeks ago, the 32-year-old DJ was spotted out on a date with singer Tinashe in LA, after rumors surfaced that the two were dating.

So, if two famous people are out on a dinner date in public, they're definitely dating... right?

In an interview with E! News, Tinashe assured the public that she was still very much single (at least for the moment).

When she was asked about having a relationship with Calvin, the 23-year-old singer replied,

I mean, I'm still definitely single, so that's all that we're at right now.

I mean, Tinashe said "right now," didn't she? That means there's the possibility that her relationship status might change in the near future.

I'd say it's best to keep brand new relationships like this one very casual and off social media for a while.

We're rooting for you, Cal.