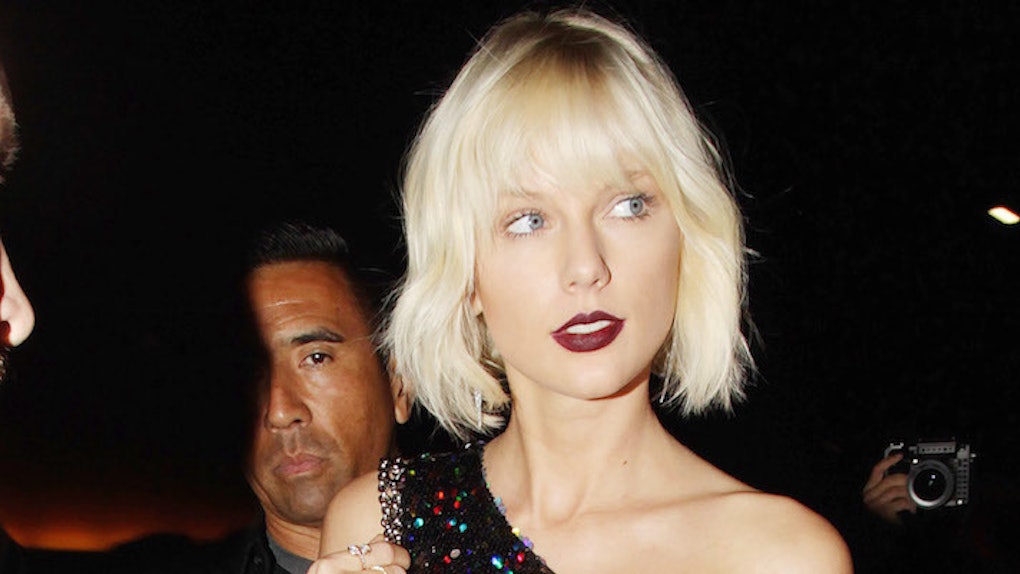 You are entirely capable of remaining cool and casual when your ex and your enemy show up to a mutual friend's birthday party, even if the three of you are also members of a rusty old love triangle no one cares about.

When her long-term nemesis (and inspiration for “Bad Blood”), Katy Perry, showed up at Drake's 30th birthday party Sunday, Taylor was faced with the added awkwardness of ex John Mayer's attendance.

Did she shake their hands? Send them a drink? Joke about how this industry is kill-or-be-killed before earnestly confessing she misses the days when they could all just enjoy each other's company, not as rivals or even as lovers, but as friends?

Kinda! A source told Us Weekly the 26-year-old “stayed at her table [with the] crew she came with.”

Taylor was ready to party when she got there, but when she realized Katy and John were there, she just stayed put at her table. She didn't want to make a big scene and leave when she saw they were there too.

Pictures of Tay from the party confirm she kept a low profile, but sparkled despite the obvious social tension.

Katy and John, contrarily, felt no need to hide. The couple ended things for good in 2014, but that hasn't stopped them from staying amicable, even as Katy moves on with Orlando Bloom and John canoodles at Chris Isen's Halloween party with Demi Lovato.

A second source — who is definitely not Katy Perry or Katy Perry's mom or a very close friend of Katy Perry — told the site,

Katy didn't care that Taylor was there, she's above all that. She was just there to have a good time… John approached Katy and they talked – they're on good terms… Seeing John is like seeing an old friend.

Dang. SOLD. This is a casual crew.