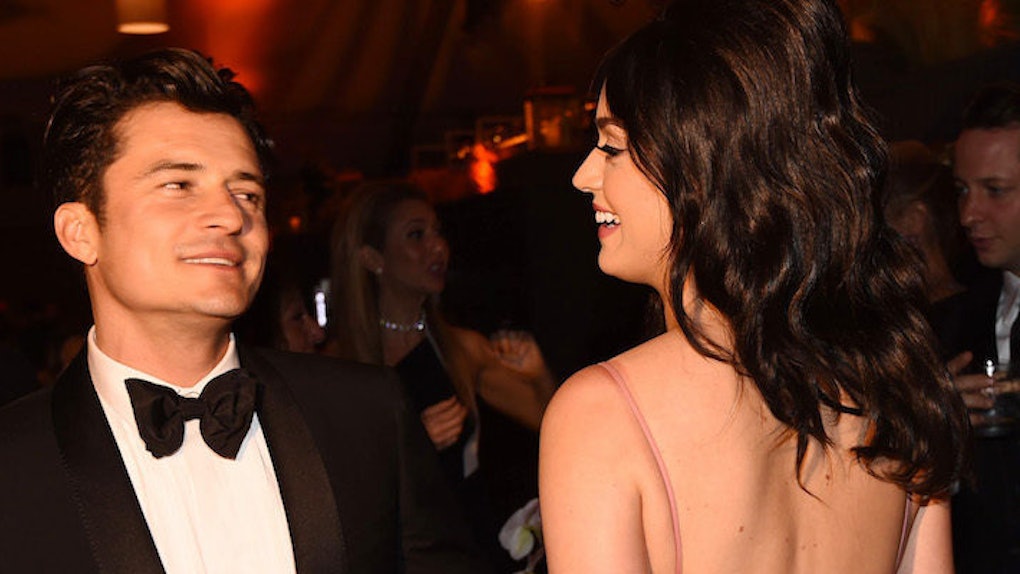 Orlando Bloom Wants To 'Settle Down' And Have Kids With Katy Perry, Source Says

Orlando Bloom knows after you whip it out while paddle boarding with ya girl, you pretty much HAVE to marry her.

The 39-year-old actor has been dating Katy Perry for nearly half a year now, and apparently the couple has marriage and babies on the mind.

According to an inside source who spoke to PEOPLE, Orlie "always gushes about Katy and thinks she is amazing in a million ways," and although he hasn't proposed just yet, they "seem to be heading that way."

He would love to settle down with Katy and have more kids. He hasn't been this serious about a girl since Miranda.

By "Miranda," the source means Orlando's ex-wife Miranda Kerr, with whom he has a 5-year-old named Flynn.

Katy Perry is also familiar with the marriage track, as the 31-year-old singer filed for divorce from comedian Russell Brand back in 2011.

According to another source, that divorce is probably what's holding the couple back from getting married right away.

Katy's divorce from Russell [Brand] really messed her up emotionally. She's not going to rashly make a huge commitment like marriage again unless she thinks it's absolutely right.

But seriously, if these crazy kids DO get married and have babies, they might want to keep their kids away from the internet for 20 years or so.

If I had to see pictures of my dad grabbing my mom's boobs, I would be forced to bleach my eyelids.