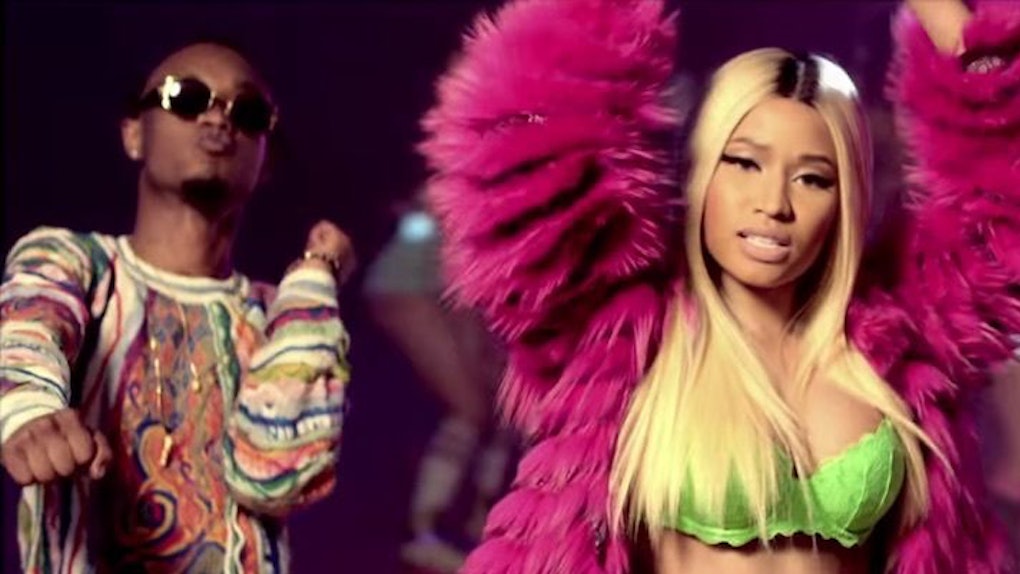 Nicki Minaj's remix of Rae Sremmurd, Mike Will Made-It and Gucci Mane's "Black Beatles" has comforted me more than all of the "How are you doing?" texts I got this week combined.

This remix is proof that Nicki cares about us.

Nicki looked at all of our broken spirits last week, and instead of despairing, she went to work to give us this beautiful gift.

And trust me, it is beautiful.

Changing the song from "Black Beatles" to "Black Barbies," Nicki borrows the song's infectious beat and adds her own incredible freestyle — including some pointed criticisms of our new president-elect.

Island girl, Donald Trump want me to go home / Still pull up with my wrist looking like a snowcone

And later in the song she says,

Nicki has been outspoken of her dislike of Trump in the past, including a lengthy Instagram post where she compared him to Will Ferrell's character in "The Campaign."

Man, Nicki spits two verses about this bullshit and suddenly I'm ready for the revolution over here.

And I'm not the only one.

Fans are in awe of Nicki's skillful remix, which couldn't have come at a better time.

"Black Beatles" was already climbing the charts after its release in September, and then its popularity spiked to number one on the Billboard Hot 100 thanks to its use in the latest internet trend, the Mannequin Challenge.

For those not aware of the Mannequin Challenge, I suggest you check out the examples laid down by these brilliant high school kids and Blac Chyna.

Both will give you much joy.

Now that Nicki Minaj, Queen of Rap, has given "Black Beatles" her blessing and influence, it's undoubtedly bound to be even more successful.

It is already the hip hop artists' most successful song by far — their first number one hit, and the music video has over 65 million views on YouTube.

Nicki has worked with Rae Sremmurd before, providing vocals on the 2015 hit, "Throw Sum Mo."

Now when are you gonna give us that album?