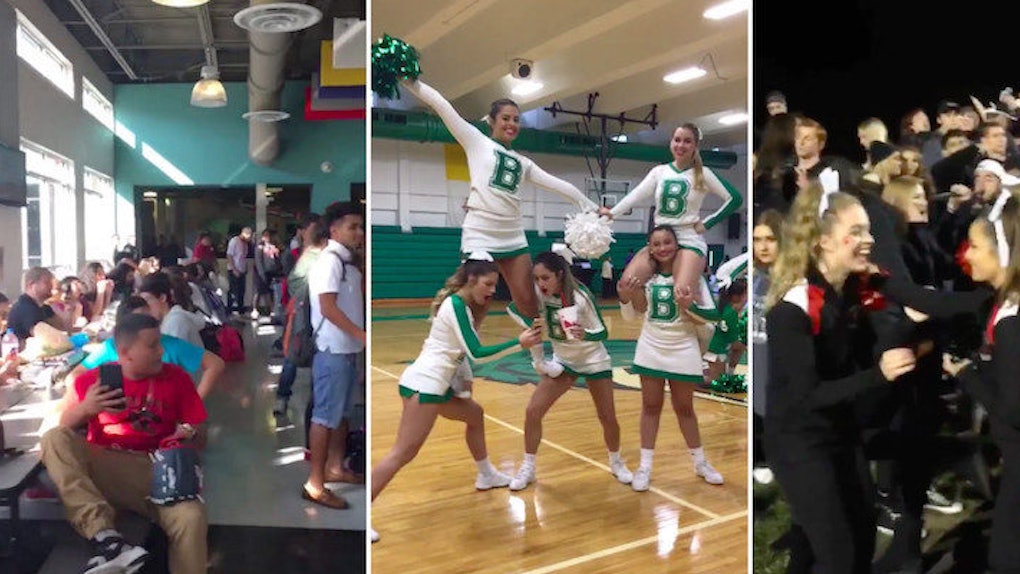 Unless you do the "Mannequin Challenge" right here, right now, you've just missed out on another global trend.

The rules are simple: Record a short video of several or more people frozen like mannequins in a comical scene.

The viral fad was supposedly started by students at Edward H. White High School in Jacksonville, Florida, officially putting it on the map for the most random reason of all time.

Since then, it's been blowing up the internet, which you'd know if you were cool. If this is news to you, read on to receive five points to your street cred.

The challenge has evolved like Squirtle into Blastoise in a matter of days.

Now entire schools are doing it, and it even has its own theme song: "Black Beatles" by Rae Sremmurd.

Yep, entire schools. They're sharing their efforts under #MannequinChallenge.

If only pupils at Cyprus High were as committed to their studies as they are the mannequin challenge.

The volleyball team got this one locked down.

Some OGs don't even need a proper backing track.

The Buffalo Bills crew does it in transit.

Big up to the uber-flexible cheerleaders whose mega endurance level is earning strong mannequin game.

AND AGAIN WITH THE STRENGTH.

People are evening putting down knives and forks for this fad.

The Mannequin Challenge: Hockey Edition pic.twitter.com/JdckwcZqtq — Because It's The Cup (@CauseItsTheCup) November 5, 2016

Then Rae Sremmurd managed to pull it off with an entire concert crowd cos they had to.

There have been fails, though. Wait for it...

And what is this nonsense?

But we're all forgetting about the best mannequin scene of all time. Will Ferrell and Mark Wahlberg in "The Other Guys."

We've come a long way guys. Let's pay homage to the Harlem Shake which, in my humble opinion, was a way better fad.