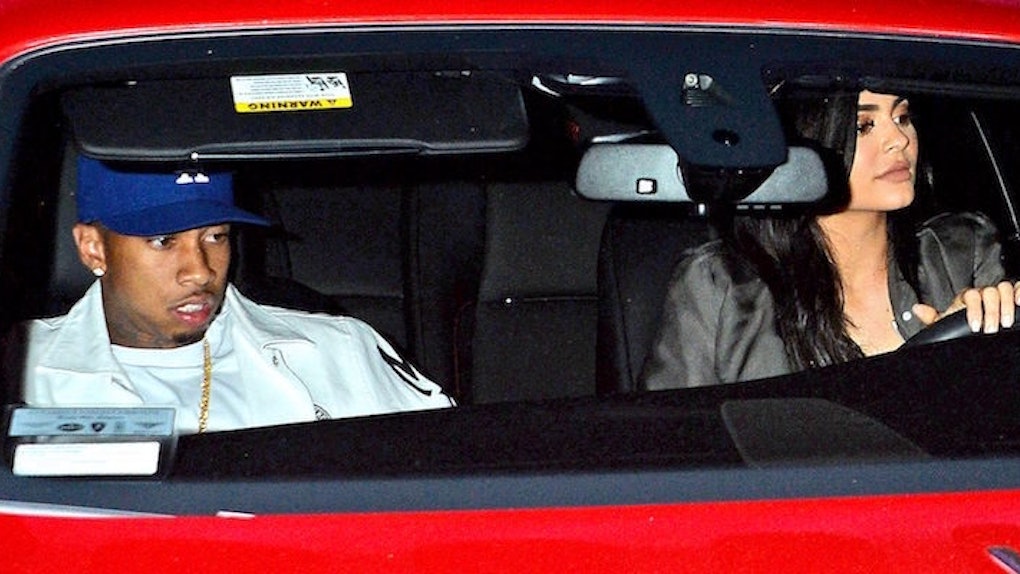 The saga of Tyga's crushing debt continues, and this time, he's actually losing a car because of it.

Ironically, while this was happening, Tyga was reportedly out shopping for yet another car with Kylie Jenner at a Bentley dealership in Calabasas. Gee, I wonder how Tyga got into so much debt?

According to TMZ, Tyga missed a couple of lease payments on the Ferrari. In California, most lenders are legally able to repossess a car as soon as the leaser defaults on a loan, even if the payment is only a day late.

Kylie has already bailed her boyfriend out of his debt once this month -- for the $480,000 Tyga owed for rent on his Malibu home.

So as to why he's out Bentley shopping still is anyone's guess.

Luckily for Tyga, even though he lost the Ferrari, Kylie Jenner still has plenty of cars for him to drive — including two Tyga himself bought her.

OK, I'm starting to see where all of Tyga's money might have gone. "Rack City" can only get you so many cars!