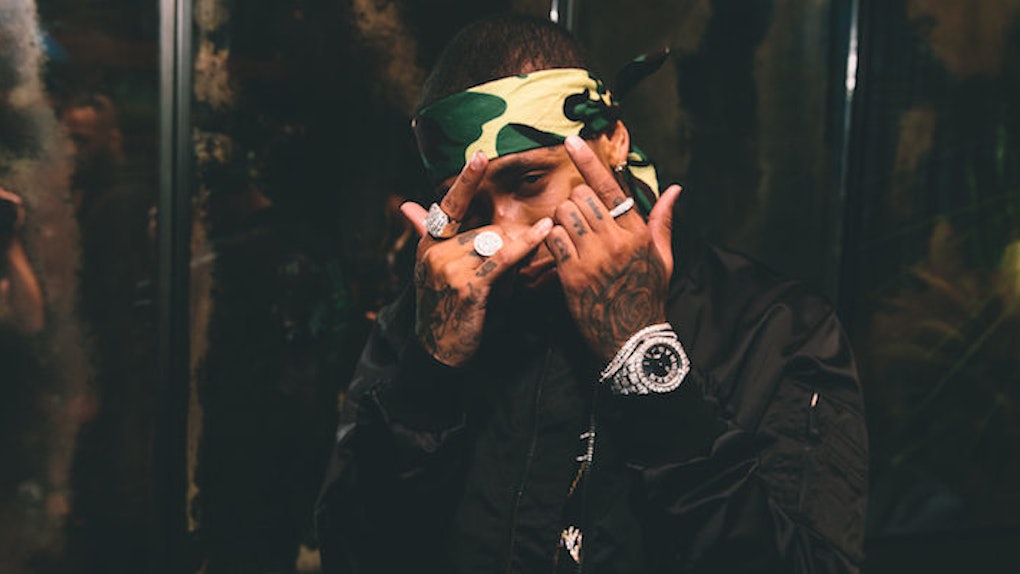 Tyga is in debt. Like really in debt. Like, I'm sure the government isn't even angry at him as much as they're impressed one rapper can acquire that much debt.

Pick a number in your head you think is a lot of debt. A number so big if someone were to tell you they were in that deep, you'd be forced to spit up your drink, wait for everyone at the Ruby Tuesday you're dining at to look up for a second and lose interest, then lean in close and frantically whisper “DENNIS, ARE YOU OUT OF YOUR GODDAMN MIND?!?!”

Got one? Great. Now double that number and I bet it's about $40,000 short of how much money Tyga owes for his clothing company, Last Kings Clothing.

The mayor of Rack City reportedly owes -- for your safety, I insist you not only sit down but also throw a seatbelt on -- $186,275.89, according to F&S Investment Properties.

One hundred eighty-six thousand, two hundred seventy-six dollars if you round up!

Why does he owe this much money? Probably because Tyga runs his business like an N.W.A. music video. He reportedly tried flushing a bunch of ink down a drain for whatever reason someone does that and then skipped out on a landlord hearing, a move that led to a warrant being issued for his arrest.

Here is a short list of things less expensive than the amount of money Tyga owes.