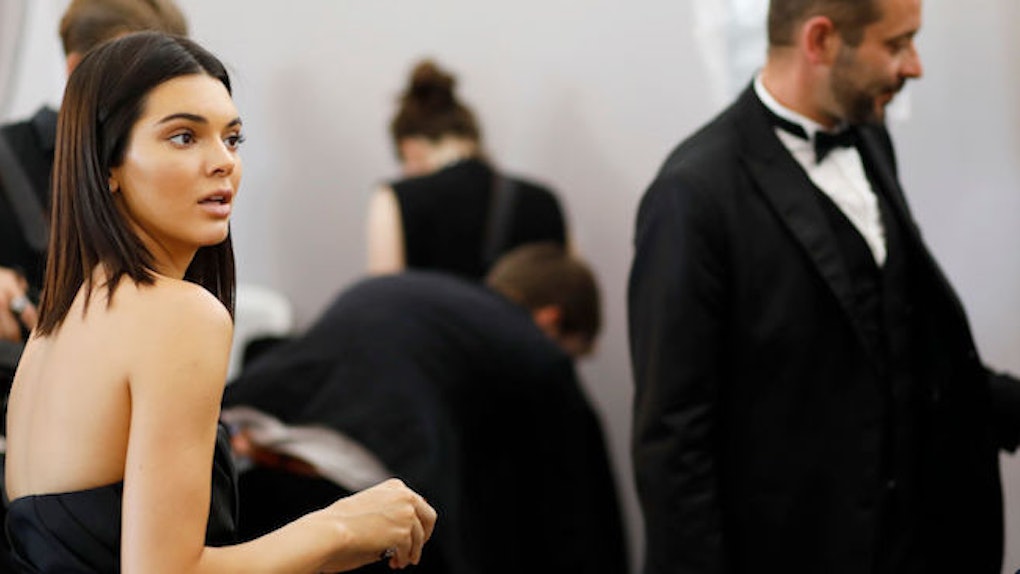 Why Are Fans Pissed At Kendall Jenner? This Twitter Thread Explains

You guys aren't going to believe this, but there is a scandal surrounding the Kardashian/Jenner clan.

This time, it is focused on arguably the most low-key sister of all, Kendall Jenner. With a few notable exceptions, Kenny flies under the radar just about as much as any Kardashian could.

When it comes to celebrities, super-fans often create social media accounts to update the world on everything said celeb is doing.

The Twitter account @knjdaily was just that, designed to follow Jenner's every move and praise her for being so awesome. Their slogan was, "Your ultimate daily source for everything Kendall Jenner."

The popular account announced they will be "unstanning" the model.

When you are "stanning" someone, it means you are a mega-fan providing undying support and love to that person. To "unstan" someone means you revoke this behavior and attitude.

The account gave a detailed explanation on Twitter of its reasoning behind bailing on Jenner, and it is scathing. Since the thread was posted, the tweets have been retweeted more than 14,000 times, proving there is quite a huge fan base that agrees with the accusations.

Elite Daily reached out to Kendall Jenner's team about the following Twitter thread and accusations, but did not hear back by time of publication.

Below are several of the reasons @knjdaily decided to "unstan" Kendall Jenner, according to Twitter:

1. Posting This "Disgusting" Vine (With A Quick Justin Bieber Cameo)

The bit appears to show Kendall and sister Kylie becoming more excited as they see men with darker skin.

Although the Kardashians have commented on dating men of color before, the sisters have failed to address their privilege in interracial relationships. The common view of white women or men dating black men or women is often that the white partner is more "adventurous" and "cultured," whereas the black partner is seen as "selling out."

Sure, some people have "types" when it comes to dating, but judging someone solely on their skin color, which this Vine is clearly doing, is wrong and suggests the fetishization of certain races (as evidenced by the Jenners "flocking" toward darker-skinned men). This is a concern for both men and women of color in interracial relationships.

2. Wearing A T-Shirt With The Confederate Flag On It

Jenner was slammed by the media after stepping out in this Lynyrd Skynyrd band T-shirt.

Of course, Jenner probably was rocking it as a fashion piece, but failed to consider what the connotation of the Confederate flag means.

As Refinery29 notes, Lynyrd Skynyrd made fans upset by using the motif to represent their music, even if they have tried to "distance themselves from the flag's racist associations."

However, walking around with a confederate flag does show ignorance on Jenner's part. Additionally, this particular flag has the "southern cross" sign on it, which is heavily associated with the Ku Klux Klan.

3. "Stealing From Other Cultures"

The Kardashians are no stranger to the accusation of cultural appropriation, which is defined as "the adoption or use of the elements of one culture by members of another culture."

The famous family has often been blasted for picking and choosing elements of cultures outside of their heritage and exploiting them for monetary gain.

For example, Kendall Jenner has been slammed in the past for wearing historically black hairstyles, including dreadlocks and cornrows.

4. Starring In That Controversial Commercial

In the commercial footage, Kendall is seen seemingly "solving world hate" by handing a police officer a Pepsi during an ambiguous protest. It's a problematic notion because it ultimately replaces the familiar image of black women fearlessly confronting police officers.

The commercial radically undercuts the severity of societal issues in today's political climate, and was overall a massive miss.

In response to the backlash, Pepsi defended the ad and released the following statement:

This is a global ad that reflects people from different walks of life coming together in a spirit of harmony, and we think that's an important message to convey.

Jenner never publically commented on the commercial, and posted a tweet of her Harper's BAZAAR cover following the controversy instead.

5. Being Linked With A$AP Rocky, Who Defended Bill Cosby And Reportedly Supports "All Lives Matter"

Jenner was first romantically linked to A$AP at Coachella. At the time, a source told People,

They've been spending a lot of time together and are getting more serious. They're as close to officially boyfriend/girlfriend as they've ever been. They have a lot in common and connect over both being in the fashion world.

He did so much positive things leading up to one thing, which he was convicted of being innocent for, by the way. People don't even speak about that, You get what I'm saying? All you remember is the 56 woman and all that kind of shit... ...Look, I'm not his lawyer, but I do know he's innocent.

Yeah... this is a miss anyone could have seen coming.

Kylie and Kendall took original artwork of music legends Tupac and Biggie and then printed their own Instagram images on top of them.

The sisters received criticism from fans on social media and the Notorious B.I.G.'s mother, Voletta Wallace, who said the shirts were “disrespectful, disgusting, and exploitation at its worst,” on Instagram.

Kendall and Kylie Jenner did apologize on Twitter, writing,

These designs were not well thought out and we deeply apologize to anyone that has been upset and/or offended, especially to the families of the artists. We are huge fans of their music and it was not our intention to disrespect these cultural icons in any way. The tee shirts have been pulled from retail and all images have been removed. We will use this as an opportunity to learn from these mistakes and again, we are very sorry.

Not really sure who approved this idea, but you can imagine why rap fans weren't having any of it.

7. Being Related To Kylie Jenner

Let's be honest, this is just an unsolicited dig on @knjdaily's part.

And before @Knjdaily signed off on Kendall for good, they left a few parting words.

It looks like the account made enough noise that it actually got back to Kendall, who blocked their handle shortly after their rant. Consider your unstanning unstanned, @knjdaily.

To catch the entire thread, you can check out the @knjdaily Twitter handle and follow more of the conversation online.