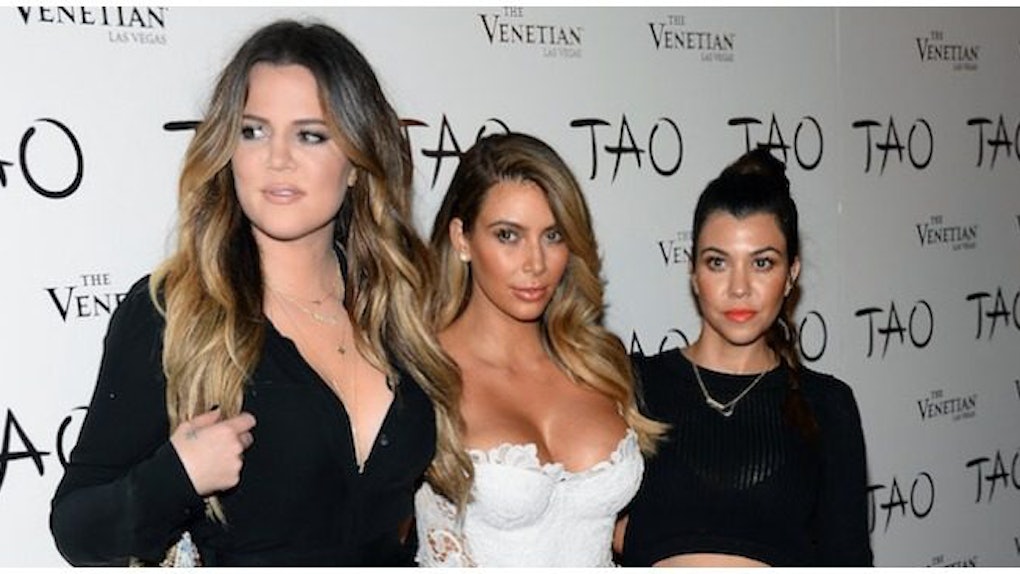 On the day of OJ Simpson's parole hearing -- in which he was granted parole by four commissioners on the Nevada Board of Parole Commissioners -- plenty of people had at least something to say about Simpson's past. But the usually chatty Kardashians have not commented on former family friend Simpson yet.

A Nevada politician -- and former defense attorney for Simpson -- wrote a statement on the ex-football player's behalf. And the hearing has already turned into a running Twitter joke.

So you'd think a family that owes its outsized fame, in part, to Simpson's famous 1995 murder trial (for which he was acquitted), would also chime in.

But America's First Family of Social Media, the Kardashian-Jenner clan, has stayed mum on the matter.

Kris Jenner, who was a close personal friend of Simpson's ex-wife Nicole Brown Simpson, sat in the courtroom as her ex-husband defended Simpson, and reports show that Simpson repeatedly called Jenner during and after the trial.

Their relationship has been subject to gross speculation -- even going so far as to speculate over whether or not Khloé is Simpson's biological offspring. Jenner and Khloé have addressed paternity rumors on Keeping Up With The Kardashians and on Khloé & Lamar. Khloé rejected taking paternity tests on both shows. Last fall, Khloé joked about the rumors.

"I mean I was there. I gave birth. I know who the dad was," Jenner said on Good Morning America in 2012, when she also called the rumors "crap."

Even Caitlyn Jenner has discussed the Kardashians' role in the trial.

Kris, Khloé, Kourtney, Kim, and Rob instead are all busy tweeting about their various business ventures.

Elite Daily reached out to Kris Jenner and Kim and Khloé Kardashian to see if they had any comment on the parole decision, but did not hear back.

Caitlyn plugged an appearance at a marketing summit around 4:00 p.m. ET.

Kourtney has been extolling the virtues of red nail polish.

Kim has been live-tweeting her contour kit's restock.

And Rob has been relatively quiet since posting lewd photos of Blac Chyna, the mother of his child, which is a very good thing.

In the end, while the family has made its name opening up their lives through social media, a reality television show, and constant tabloid and press attention, it is perhaps not surprising that they are not commenting on such a sensitive subject. After all, they are masters at controlling their images. (Well, most of them anyways.)