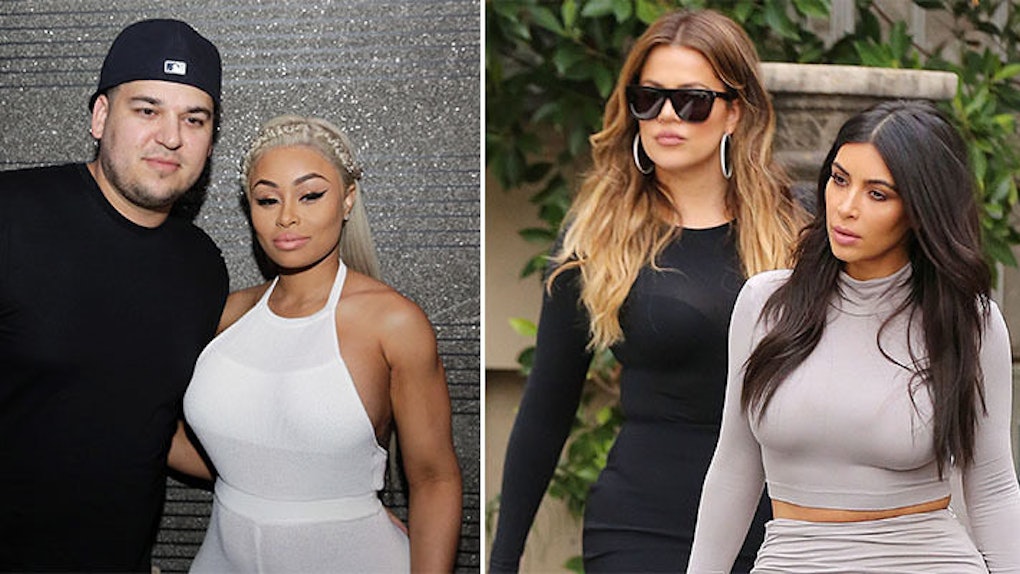 Blac Chyna, for all intents and purposes, has officially won the game and become a Kardashian at this point.

I mean, the Kardashian baby? Check.

The personalized line of emojis that virtually no one but her uses? Check and check.

But the one thing Chyna doesn't yet have is the coveted Kardashian last name, and it looks like the OG Kardashians would like to keep it that way.

According to a report from TMZ, Khloé's, Kourtney's and Kim Kardashian's companies are attempting to block Blac Chyna from trademarking the name "Angela Renee Kardashian."

We already know Chyna is planning to take on the Kardashian name once she officially marries Rob Kardashian, and there's hardly anything Khloé, Kourt and Kim can do to stop that.

However, according to TMZ, Chyna also is attempting to trademark the name, meaning she wants to make sure no one can make money off "Angela Renee Kardashian" except for her.

This is where the Kardashians are trying to step in.

TMZ obtained documents that argue Blac Chyna is "deliberately seeking to profit from the goodwill and popularity" of the Kardashian name.

The trademark doesn't seem like an outrageous request to me, at least not in their world. (Because, yes, it would be kind of weird if I tried to trademark "Anna Menta.")

So this makes me think no matter what the Kardashians say, they really don't want to let Blac Chyna into their family.

And by "family," I mean "money-making empire," of course.

Don't let the smiling photos and feel-good Snapchats of Chyna and the Kardashian sisters fool you.

If you think Kris Jenner is going to let an outsider infiltrate her carefully planned domination without a fight, well, you thought wrong.

All's fair in reality TV, am I right?