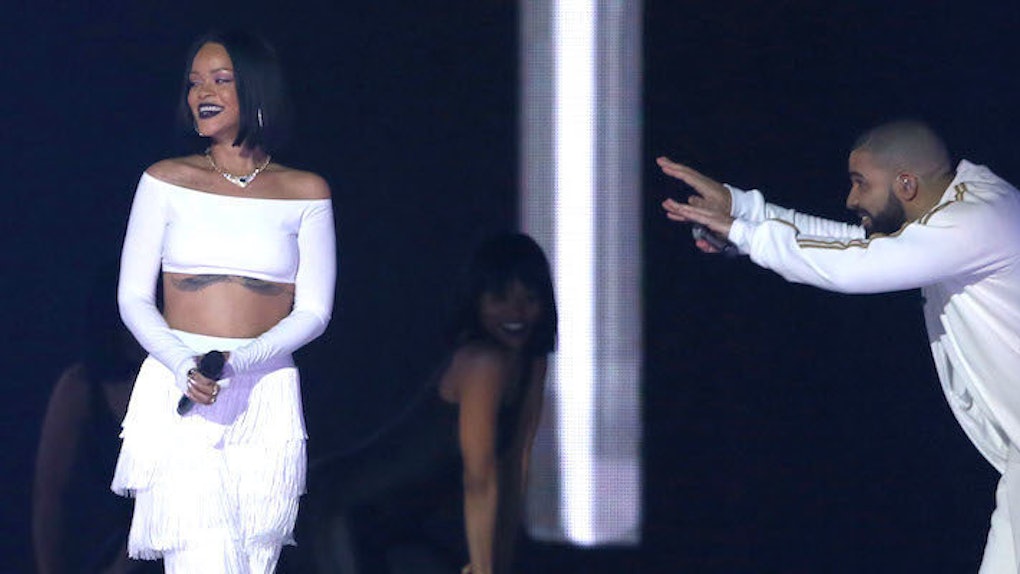 Drake Declared His Love For Rihanna Again During His NYC Concert

We knew this already. Mostly because the 29-year-old rapper keeps professing his love into a microphone in front of thousands of people.

Even before the two were (sort of) dating again, Drake kept going on and on how great and beautiful and talented Rihanna was at his concerts.

Now that their relationship is (sort of) out in the open, Drake can really go for the full-on love declaration — and did he ever.

Page Six reports at his concert at Madison Square Garden in New York City on Saturday night, Drake had some words of love for his girl.

He said to the crowd,

Yes Drake, we certainly do know you have love for Rihanna. Lots and lots of love.

To be fair, Drake then went on to flirt with literally all of the New York ladies in attendance, so maybe RiRi should take this declaration with a grain of salt.

Where's all my New York women tonight at, cuz I've got a night off after this.

OK, so not as romantic as it could have been.

The on-again-off-again couple is reportedly sort of in an on-again stage, though they haven't made it official yet.

But c'mon, you know Rihanna is Drake's number one.