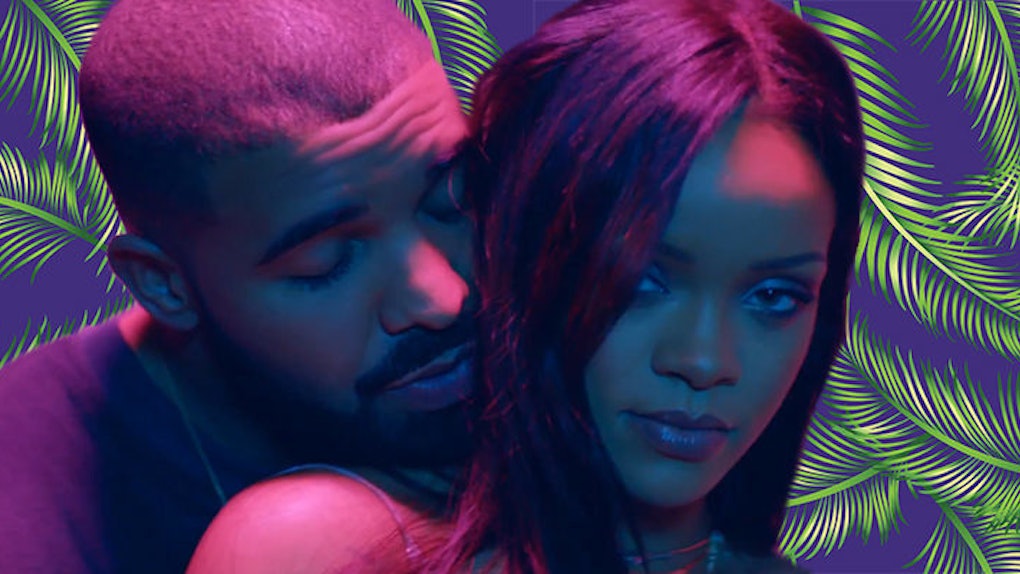 Drake and Rihanna are 100 percent dating, and I hate how they try to hide it.

The lovebirds (THEY'RE IN LOVE, STFU) were spotted leaving Tape nightclub together in London on Wednesday morning.

They also performed together that day and got super sexy on stage. If you haven't seen the music video for "Work," then I suggest you check it out.

That's enough evidence right there to show Rihanna and Drake's chemistry is off the charts. THEY ARE GOING TO HAVE THE HOTTEST WEDDING EVER.

If you aren't convinced (WTF is wrong with you?) then hang tight, there's more.

The happy couple reportedly hit up Tramps nightclub until 4:30 am on Thursday after dancing the night away. Ugh, too cute.

A source actually told E! News the two do hook up but "it's just for fun right now." LOL, OK SOURCE, WHAT DO YOU KNOW?

Here's more proof they're in love (not that you need anything else). After their performance on Wednesday, Drake said the cutest thing on stage about Rihanna. He told their fans,

Shout out to the most beautiful, talented woman I've ever seen. She goes by the name of Rihanna... I'm gettin' my heart broken.

You heard it yourself. Drake and Rihanna are dating and planning their wedding and have 3,943,993 babies together.