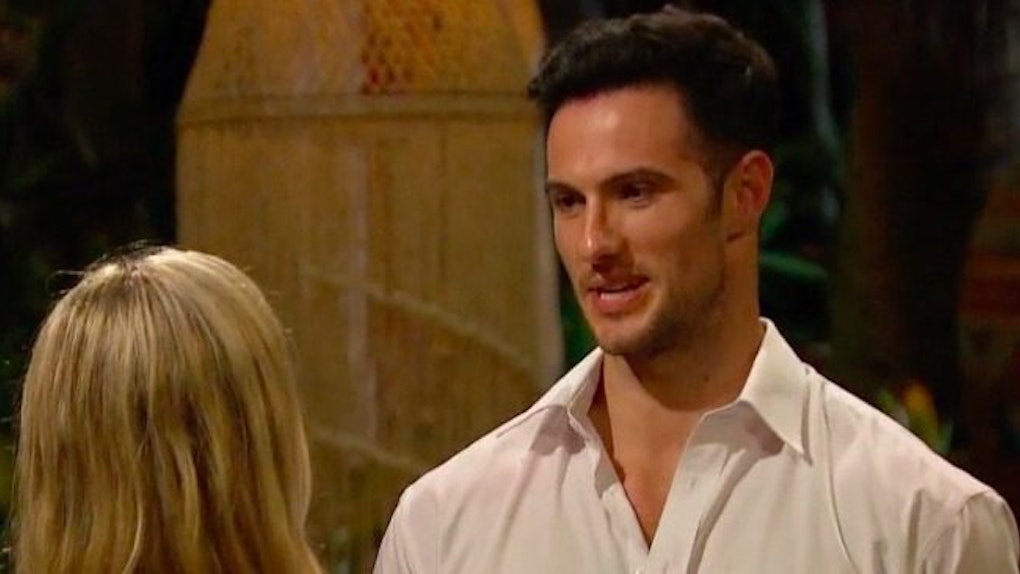 Daniel is back on Bachelor In Paradise and he has not disappointed. He walked in literally minutes before a rose ceremony, causing everyone who needed a rose to swarm him. This, he loved (obvi). You know who else is loving it? Twitter is going ballistic about him. Tweets about Daniel from Bachelor in Paradise are seriously everything and more.

Daniel is the kind of guy who says things like,

That's an actual quote. Daniel seems like a neat guy. He's no stranger to reality television; this is his second round on Bachelor In Paradise. Before that, Daniel played the same type of doofus character on JoJo Fletcher's season of The Bachelorette.

During his previous stint on BIP, Daniel referred to himself as an "eagle" and called many of the female contestants on the show "dogs." It's been one episode into this season and he's already called himself a "wolf." Once again, neat.

One thing is for sure: We can rely on BIP's resident Canadian to deliver some outrageous one-liners. He's definitely a fan favorite — whether you love or hate him. As with most things, Twitter has a very torn opinion about him. However, we definitely want more.

Some people legit cannot stand him.

While we can't control what Daniel is going to do or say, we can always rely on him to stir up drama or make us shake our heads. What will Daniel do next? I honestly have no idea. Like none at all. In my opinion, Lacey will keep throwing herself at him and he will keep insulting her. You're doing amazing, sweetie.

Daniel is probably here to stay... at least for a few episodes. My advice to you is sit back, enjoy the ride, and follow along on your Twitter feed.